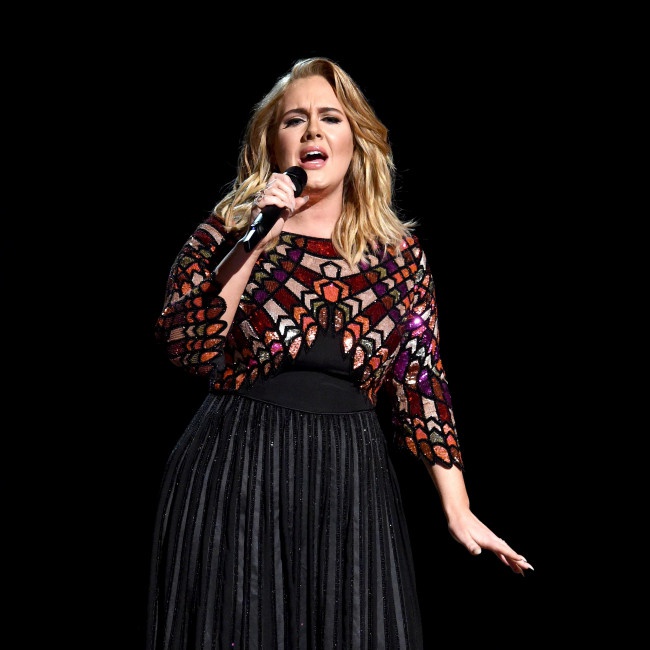 Amid rumours that the 'Rolling In the Deep' hitmaker is set to release her hotly-anticipated follow-up to 2015's '25' next month, her close pal has revealed he's listened to some of the songs and they are her best yet.

Speaking to 'RuPaul’s Drag Race' judge Michelle Visage for Grazia UK, the 44-year-old comedian - who got Grammy-winner Adele to officiate his Los Angeles wedding to Paul Drayton in 2018 - spilled: "I’ve heard some tracks on it.

Alan's teaser comes after it surfaced that the 'Hello' hitmaker is rumoured to be considering a collaboration with Beyoncé.

It was previously revealed that songwriter-and-producer, Raphael Saadiq, who executive produced the R&B megastar's sister Solange Knowles' 2016 album, 'A Seat At The Table', is among the huge names who have worked on Adele's eagerly-awaited LP.

It was also claimed that Grammy-winner H.E.R. - whose real name is Gabriella Wilson - and songwriter Jimmy Napes, who is best known for working with British stars Sam Smith and Stormzy, have contributed to the record.

The 'Set Fire to the Rain'' hitmaker is a massive Beyoncé fan and there were "whispers" that they could team up on a duet.

On her love of the 'Crazy in Love' hitmaker, Adele previously gushed: "Anyone who knows me knows that my main priority in life outside of my child is Beyoncé."

The 53-year-old session musician – who has played for the likes of late music legend David Bowie, Sir Elton John and Bob Dylan – recorded some drum parts for the new LP and got "chills" hearing her "powerful and emotive" voice.

The ’Skyfall’ hitmaker has "been pouring her heart and soul" into the new record and found music "like therapy" after the end of her marriage to Simon Konecki in 2019.

A source said previously: "Adele is pouring her heart and soul into this record, including how she feels post-divorce

"She's been a fan of Raphael since she was a teenager and loves his back catalogue. She wants her next album to be full of soul, with a more eclectic sound."