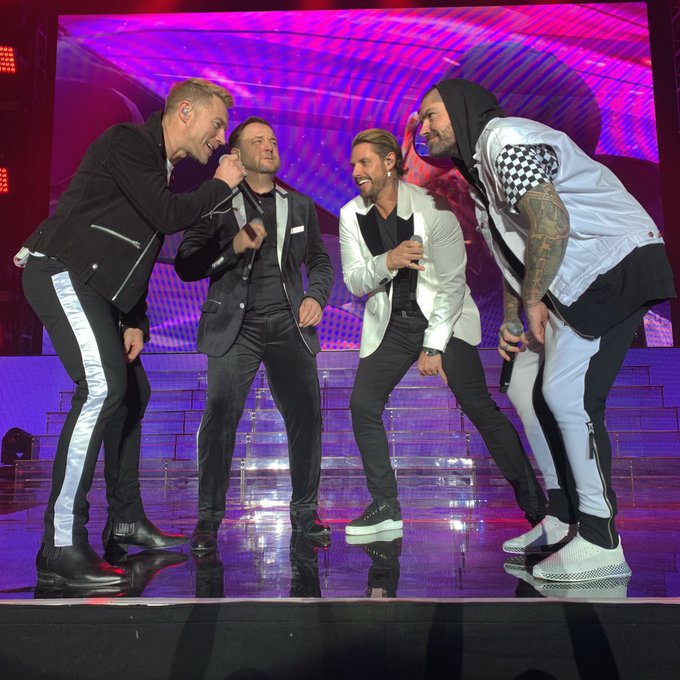 Q Radio talks to Boyzone star Keith Duffy ahead of the last ever Boyzone concert in Ireland that takes place on Saturday 10th August 2019.

Ronan Keating, Shane Lynch, Mikey Graham and Keith Duffy will take to the stage at Falls Park Belfast for what is being described as the "biggest Féile an Phobail concert ever to take place".

The Irish band are celebrating their 25th anniversary and the Belfast outdoor concert will be the last Irish performance of the Boyzone Goodbye & Farewell Tour.

Keith chats to Yazz about his son, Jay Duffy, who's a successful actor and previously starred in the hit comedy Derry Girls. Find out more about the reunion tour, Keith's busy work schedule and if we will see him back on our TV screens anytime soon.

Listen to the full interview here:

"It's been a crazy year, I've been away from home most of the year touring.

"The concerts have been phenomenal and unbelievable - the fans are amazing. "

After 9 albums and 25 years of music, Yazz asks Keith what's his favourite Boyzone song and he introduces his favourite hit live on-air, the track "Isn't it a wonder."

Tickets are still available on Ticketmaster to see the lads in Belfast this weekend.