Avril Lavigne has confirmed her new album is complete and will be released in summer 2021. 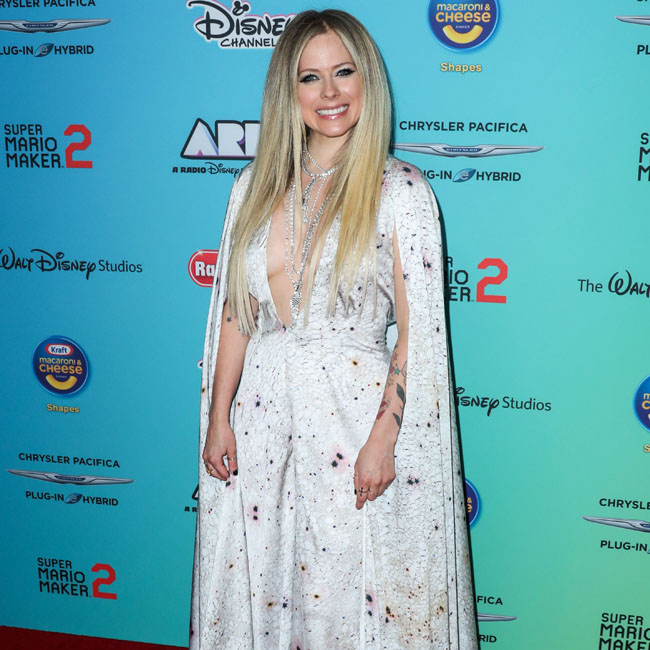 The 'Complicated' hitmaker told a fan on Instagram that her follow-up to 2019’s ‘Head Above Water‘, which will see her return to her pop-punk roots, is finished and will be out in the summer.

Responding to a comment by a follower, which read: "Yassssss mfp can't wait for #AL7, hurry upppp (sic)", she replied: "it’s done !!! Music coming soon. For sure summer. (sic)"

The 36-year-old star has been in the studio with the likes of Mod Sun, Machine Gun Kelly and producer John Feldmann.

And she recently joined forces with the former on his song 'Flames'.

Studio wizard, John - who has produced and co-written tracks for the likes of Blink-182, Good Charlotte and Ashlee Simpson - previously revealed Avril is making pop-punk again.

He said in December: "I’m working on making an album with Avril Lavigne right now who I just love. I love making this album, I love her and I’m having the best time.”

And when quizzed on whether she'll be ​“bringing back her pop-punk roots” on the hotly-awaited LP, he replied: “F*** yeah!”

Avril also revealed that same month that she had been in the studio "every day for the last two weeks".

The 'Sk8er Boi' hitmaker took to Instagram to show off her new motorcycle and said she's been splitting her time between "riding and writing".

She said in a video update: “I have been in the studio for the last two weeks every day."

Introducing her new ride, which has a lyric from her 2007 hit ‘Girlfriend' emblazoned across it, she said: “This is my new cake bike. It was custom built for me by Revival Motorcycles. It says MFP, Mother F***** Princess.”

The ‘When You’re Gone’ singer also shared a series of snaps from the studio with John and rapper-and-rocker Mod Sun.