The Irish rockers are back on the scene after three years to treat fans to an epic arena tour in Ireland.

The band will perform live at the SSE Arena Belfast on Tuesday 6th February 2018 and then return to their hometown of Dublin to play the 3Arena on Friday 9th and Saturday 10th February 2018.

When & Where can I purchase tickets?

How much are tickets?

You will have to be quick because tickets are set to sell out fast. Fans will be treated to memorable live shows with the band performing their most recent hits and all the classics from the past decade.

The Script are one of the world’s most successful bands and have sold over 29 million records. The Irish three-piece have scored x3 multi-platinum albums, all of which were #1 in the UK. The Script have also picked up a huge following in the USA where they have x4 platinum selling singles under their belt. The Script are also one of the biggest live bands, having sold over 1.4 million tickets across 203 headline shows and they sold out the legendary Croke Park stadium in their hometown in a matter of minutes. 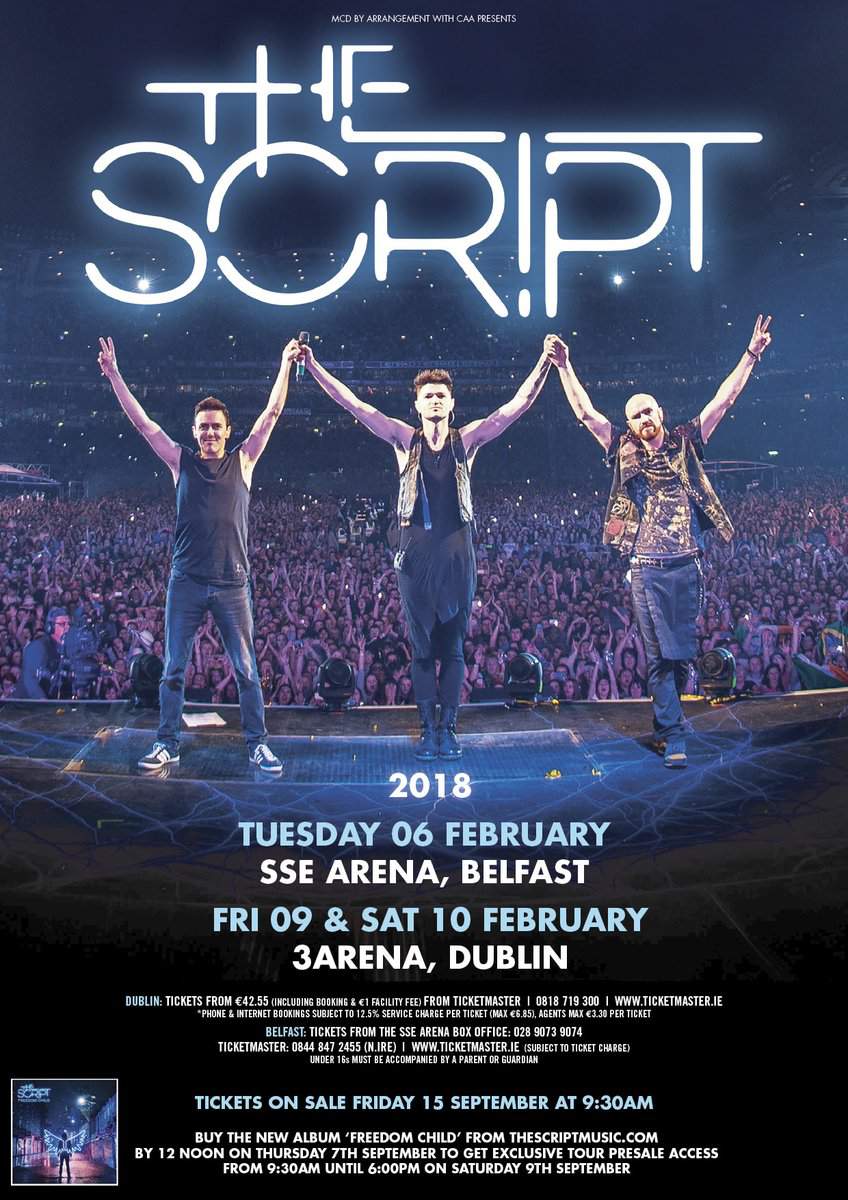 Listen back to The Script's first ever track 'We Cry' below.