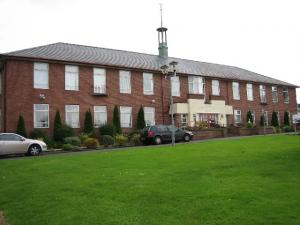 A 33-year-old man has been released on police bail after being arrested by police investigating allegations of rampant abuse of patients at a Co Antrim hospital for vulnerable people.

He was detained on Monday morning in the Antrim area by detectives investigating alleged mistreatment of patients at Muckamore Abbey Hospital - a care facility for the mentally ill in Northern Ireland.

The hospital near Antrim is the subject of a Police Service of Northern Ireland (PSNI) review.

A PSNI statement said: "The 33 year old man arrested yesterday, Monday 02 December, by Detectives from the PSNI’s Public Protection Branch investigating the allegations of ill-treatment of patients at Muckamore Abbey hospital has been released on police bail pending further enquiries."

Detectives have been investigating thousands of incidents after allegations were made about abuse of patients.