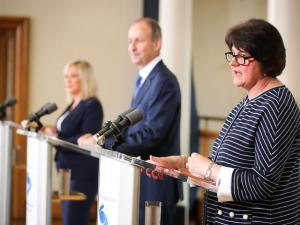 First Minister Arlene Foster has said she is not threatened by a new shared island unit established by Taoiseach Micheal Martin.

If a border poll was called, people in Northern Ireland would vote to remain in the UK, the DUP leader added.

Mr Martin has said a referendum on a united Ireland would be too divisive but favours development of a stronger north-south relationship.

On Friday, he said progress had been made in discussions on better rail links between Belfast, Dublin and Cork, and the building of a greenway cycle route between Sligo and Enniskillen in Co Fermanagh. 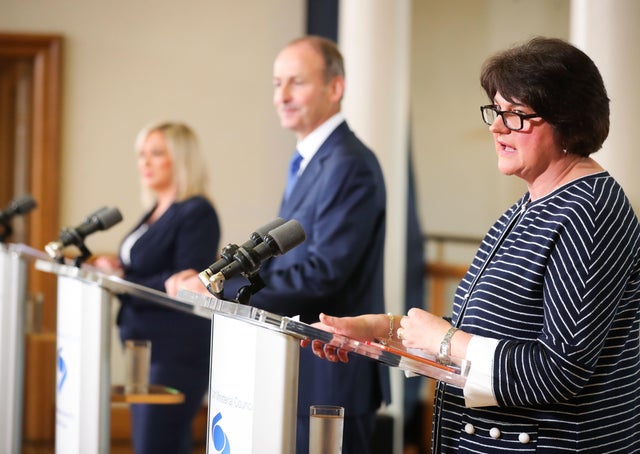 Mrs Foster said: "We do share an island and there are two jurisdictions on the island and I will never shy away from speaking about my unionism and why I believe in the union."

She added: "There is nothing to fear from having these discussions about the island."

She said it does not change what she believes in but it is always good to talk and share information, as they have done throughout the pandemic.

"It does not threaten our constitutional position or what we believe in so I don't feel threatened at all by the shared island unit.

"I have to say everyone knows my position in relation to a border poll.

"If it was called today, of course people would vote to remain in the United Kingdom, although I'm sure Michelle (Deputy First Minister Michelle O'Neill) would take a different view, therefore I have nothing to fear from that."

Mr Martin previously said an all-island unit to be established in his department would be focused on how to develop a shared future.

The 24th plenary meeting of the North South Ministerial Council (NSMC) was held at Dublin Castle on Friday - the first since before the collapse of Stormont powersharing.