Blow Me (One Last Kiss)

Bombardier's 300% import tarriffs could be altered 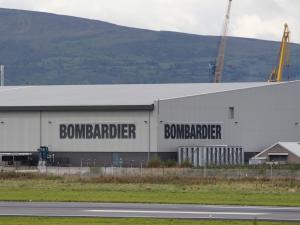 Donald Trump's commerce secretary has held out the prospect that Airbus's acquisition of a majority stake in Bombardier's controversial C-Series jet programme could have an impact on US tariffs on the plane which threaten jobs in Northern Ireland.

Import levies totalling around 300% were imposed by US commerce officials after an anti-dumping complaint from Boeing, which argued that Canadian and UK state subsidies were being used to allow the aircraft to be sold into the American market at absurdly low prices.

US commerce secretary Wilbur Ross, who discussed the issue with UK Government ministers during a five-day visit to Britain, insisted that the decision-making process in the US was "fair and open" and noted that there was still scope for the preliminary ruling to be altered in an upcoming final determination.

The US authorities will "take into consideration" any relevant change in circumstances which has taken place since the initial ruling in September, he said.

Airbus, which took a 50.1% stake in the C-Series programme last month, is hoping to persuade the US authorities to relax the tariffs by assembling jets destined for US customers at its own factory in Alabama.

Speaking in London, Mr Ross told reporters: "We have obviously had discussions here because of Shorts in Northern Ireland.

"We as of yet do not know very much about the proposed transaction between Bombardier and Airbus. As we understand it, they have yet to execute a definitive agreement, much less real details about where will things be produced and all that.

"So it would be premature to suggest what, if any, impact that transaction might have on the original preliminary ruling. Our rulings have only been preliminary and while, in the normal course, the final determination generally is pretty consistent with the preliminary one, that is not always true."

He pointed to a recent case involving the US and Thailand, in which the final determination "totally abolished" an adverse preliminary ruling.

"This is a fair and open process. It's an open-minded one," said Mr Ross.

"To the degree that we learn that any of the premises in the original ruling were wrong or have been modified, we would take that into consideration."

Mr Ross rejected suggestions that the Trump administration's handling of the C-Series case was a foretaste of the hard-nosed bargain Britain could expect from the free trade agreement (FTA) it wants to strike with the US following Brexit.

"Even countries with whom we are very friendly - as we are with the UK - and even countries like Canada and Mexico with whom we have an existing FTA, you do have occasional disputes, because even friends and FTA partners need to go by the rules," he said.

"The question is 'Was the conduct between the governments, Bombardier and Short within acceptable standards or not?' If it wasn't, then it should be actionable. If it was, then it shouldn't be."

Responding to questions about Boeing's own subsidies from the US government, Mr Ross said: "Boeing, as you know, has won trade cases at the World Trade Organisation over that very topic. WTO panels have ruled in Boeing's favour that it's not major subsidy and they have ruled against Airbus that it is major subsidy. If someone thinks they have new evidence, they ought to bring their own trade case."