Campaigners rally against liberalisation of abortion laws in NI 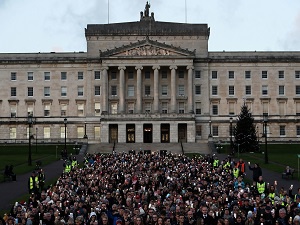 Significant numbers have taken part in a Belfast rally against the liberalisation of abortion laws.

In July MPs at Westminster forced the Government to provide access to the procedure in Northern Ireland.

The first terminations are expected to be carried out in the region early next year.

The NI Voiceless initiative was set up by citizens who believe the people of Northern Ireland were not consulted.

One of the organisers, Sarah Crutchley, said: "We are heartbroken over the change in Northern Ireland and we want to express our sorrow, because the right to life of unborn children has been totally disregarded.

🎥 Rally about to get underway at Stormont, in opposition to the recent liberalisation of abortion laws in Northern Ireland. Westminster moved to legislate in the absence of a devolved government. Sarah Crutchley is from campaign group @NIvoiceless ... pic.twitter.com/TTyXW6GZob

"We are also here to stand for unity, to shine a light for life.

"We want a life-affirming society here, where every life is valued and no death is chosen.

"We want to stand, speak and serve for the lives of unborn children and for women in need."

Northern Ireland had the most restrictive laws governing the procedure in the UK or Ireland, outlawing it in almost all circumstances.

The issue has been disputed in the courts and street demonstrations on both sides of the argument have become a regular feature.

Sinn Fein supports reform on human rights grounds while the DUP defends the unborn infant's right to life as sacrosanct.

That difference polarised efforts to change the law when the powersharing administration at Stormont was sitting and shifted the focus to Westminster in its absence.

🎥 Pro-life demo at Stormont - protest against abortion laws to be introduced here next year. @NIvoiceless pic.twitter.com/kbb55gvBON

Ms Crutchley said: "We feel that this is being imposed on us by Westminster and that this is not what the people here want.

"The total liberalisation of abortion law here is not what the people want, we want a life-affirming society where every life is valued."

The Government is consulting on unrestricted abortions in early pregnancy. 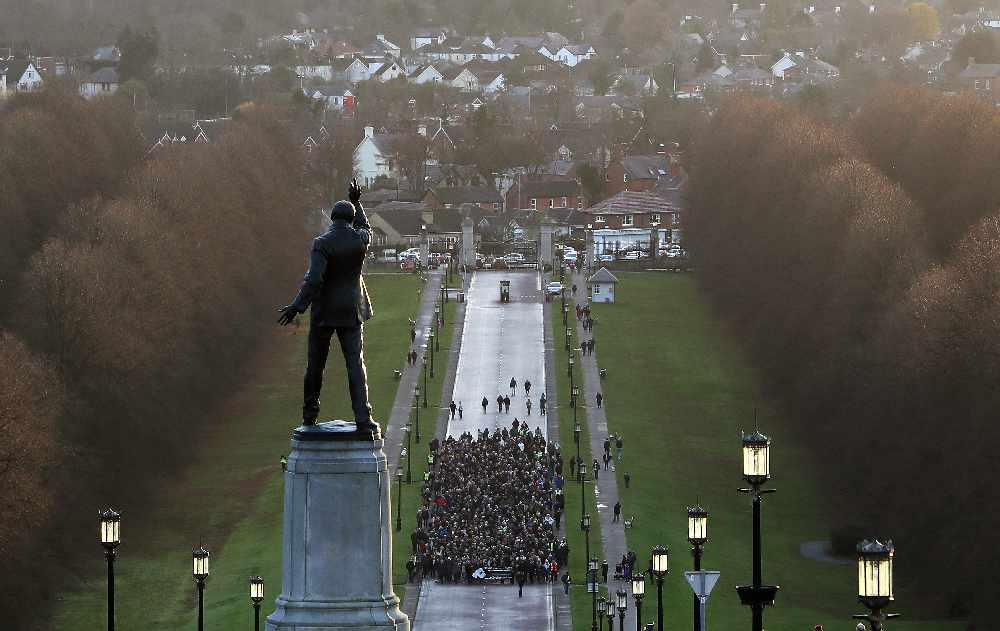 She added: "We want to protect the life of all human beings, that is what a society should be built upon.

"The humanity of an unborn child does not change with age, it is a human being from the beginning and it must be protected."

She urged the public to vote for anti-abortion candidates in the Westminster election next month.

"We want to come together to shine a light for life."