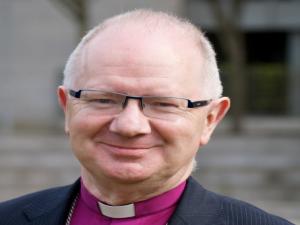 Several churches in Northern Ireland could become places of refuge for victims of domestic violence.

Archbishop of Armagh Dr Richard Clarke has told a delegation at the Church of Ireland Synod in Limerick that domestic abuse is in every community.

He said that Armagh Diocese is currently investigating how parish churches can be designated as "safe places" for victims.

Dr Clarke added: "Globally, at least one in three women, or up to one billion women, have been beaten, coerced into sex or otherwise abused in their lifetimes.

"In the Republic of Ireland, one in five women in a relationship have been abused by a present or former partner.

"In Northern Ireland, the police service responds to an incident of domestic violence every nineteen minutes on average, day and night, seven days a week.

"People who suffer in this way must be encouraged to seek help.

"One of the possibilities that we are investigating in Armagh Diocese is how parish churches can be designated as safe places for those who are suffering domestic abuse.

"For many people, in every part of this island, the Church does not have a reputation as being a place of safety, far from it.

"Surely we can work together to reverse this notion of what we are."

Dr Clarke also raised concern over the refugee response in the north and south of Ireland.

He said: "Northern Ireland is taking very few refugees but there is an indication of good organisation for those who will be allowed into that jurisdiction.

"The Republic of Ireland has agreed to take a far larger number, proportionately, but there is little sign that an infrastructure is yet ready for this.

"We need to be ready to protect, in every way we can and in every part of this island, those refugees and asylum seekers who are already here in Ireland, but who are now being treated with indifference, or with suspicion, hostility and even violence."