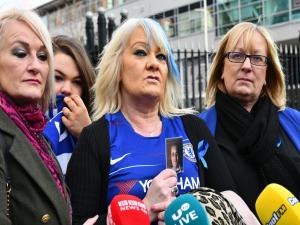 Mr Horner's mother Lesley holds a picture of him outside court

Friends and supporters of the four Co Down men jailed today for over 60 years for their roles in the "callous murder" of 35-year-old father of two Colin Horner,  jeered and taunted his still grieving mum and partner.

Moments earlier they had watched as Mr Horner's killers Alan James Wilson, Joseph Blair, Robert Ralph, and Ryan Graham Smyth, laughed and joked, waving and giving the 'thumbs-up' to family and friends before being lead from the dock of Belfast Crown Court.

Then as Mr Horner's mum Lesley, partner Natasha and two of his aunts Angela and Heather fled the court in tears, his killers cheering supporters taunted that the sentences meant nothing to them.

Later still one supporter was overheard saying that while "they'll be back, Horner won't".

The mother of Colin Horner speaks to the media after four men are sentenced for his murder https://t.co/QYe6YGcDf2

Earlier Mr Justice Colton told the men that while he was determining the minimum tarrif each must serve before being eligible to apply for parole, they would always remain subject to their life sentences, and could be returned to prison at any time.

Mr Justice Colton said the murder of the father of two was "callous", and made all the more serious as it was carried out in front of his three-year-old son Oscar, in a public carpark and witnessed by ordinary people going about their lawful business. 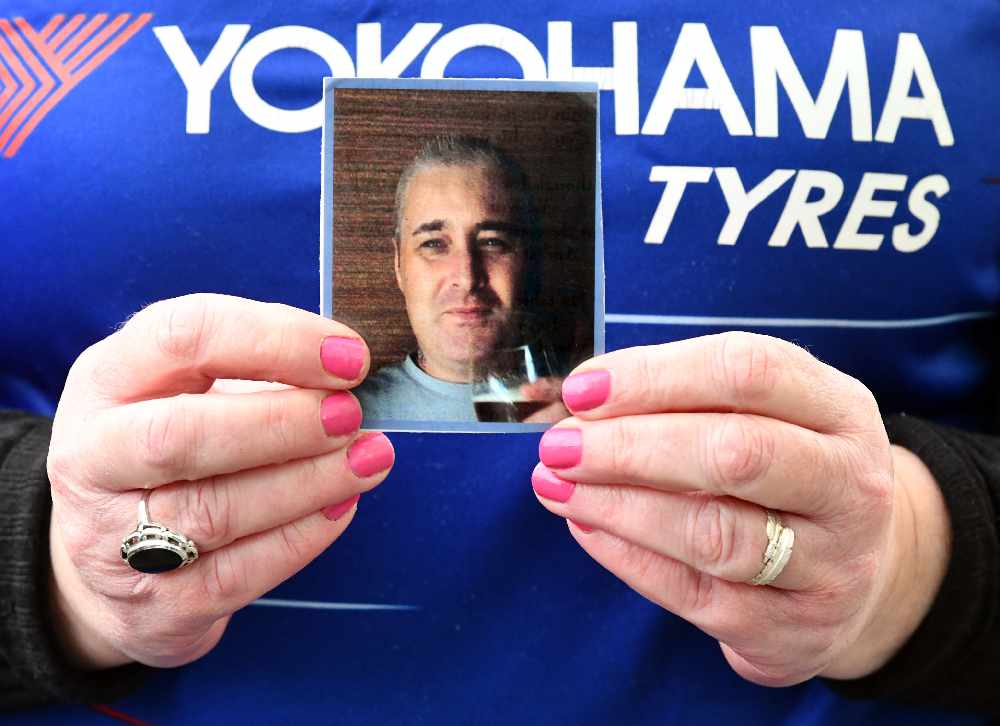 The murder, said by the prosecution to have all the hallmarks of a professional contract killing, was committed by an unknown lone masked gunman dressed in black, who took just 20 seconds from beginning to end to carry it out.

Given a minimum of 16 years each for their roles in the carpark shooting of Sainsbury's Bangor supermarket on May 28, 2017, were, 30-year-old Wilson (30) of North Green, Newtownards, and 31-year-old Bangor man Ryan Graham Smyth of Windsor Gardens.

Given 15 and a half years, and 15 years, respectively were Newtownards men, Joseph Blair (35), of Shackleton Walk, and Robert Ralph, (47) of Donaghadee Road.

Sentenced along with them, but free on suspended jail terms, on separate charges of withholding information on the brutal killing were 48-year-old Adrian Gordon Price, of Bristol Park, Newtownards, and 24-year old Conlig woman Terrie Aicken, from Green Road.