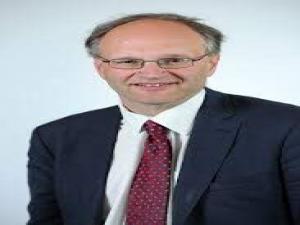 This is partly due to disadvantage and poverty and has defied numerous policy interventions and significant financial investment, the education minister added.

He has appointed an expert panel to examine links between poorer academic outcomes and social deprivation, as agreed in the New Decade, New Approach deal that restored powersharing.

The minister said: "Educational underachievement is an area of policy which many have endeavoured over recent years to change, yet despite numerous policy interventions and significant financial investment, it has remained stubbornly entrenched.

"This is due, at least in part, to its link with disadvantage, which in turn links to poverty - a much wider societal issue than education alone.

"Addressing poverty should be everyone's priority."

In 2017/18, just under half of school leavers entitled to free school meals achieved five or more GCSEs of C grade or higher including English and maths.

While this figure has increased by more than 22% in the last 12 years, the equivalent for other school leavers was 78.1% with a 20% increase over the same period.

The panel will start work in September and produce a final report by the end of May next year.

He told the Assembly: "Every child in Northern Ireland, regardless of their community background, deserves a real chance in life.

"From birth, some children will face significantly greater obstacles which need to be overcome before they are in a position to realise their full potential.

"Currently some manage to overcome these barriers and others do not."

The Controlled Schools' Support Council (CSSC) has welcomed the appointment of an expert panel to examine the links between educational underachievement and social disadvantage.

Barry Mulholland, chief executive of the CSSC, said: "CSSC is committed to supporting controlled schools in addressing the barriers to learning and underachievement of all pupils, particularly boys impacted upon by social deprivation.

"The correlation between educational attainment and social mobility is well documented.

"Like all working in education, CSSC is concerned with the additional impact of Covid-19 and welcomes the minister's announcement that an expert panel will begin work in September.

"Our research has previously shown that while 61% of controlled school pupils achieve five or more GCSEs at A* to C (including English and maths), the findings add to the growing body of evidence that male pupils entitled to free schools meals are underachieving."