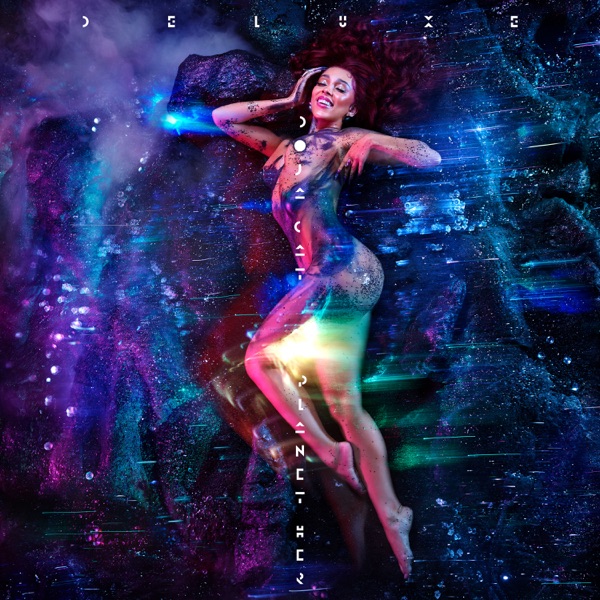 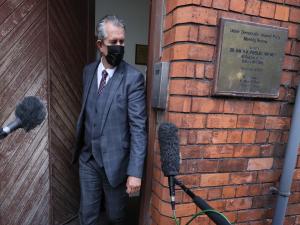 Edwin Poots is set to stand down as DUP leader after three weeks in the job following an internal revolt against him.

A meeting of DUP party officers got under way on Thursday, with the recently appointed leader facing a major heave.

Senior DUP figures gathered at party headquarters in Belfast amid speculation Mr Poots could potentially face a vote of no confidence.

The DUP appears to be in internal disarray after a significant majority of its elected representatives earlier opposed Mr Poots’ decision to nominate a Stormont First Minister.

In a statement following the meeting, Mr Poots said: “I have asked the party chairman to commence an electoral process within the party to allow for a new leader of the Democratic Unionist Party to be elected.

“The party has asked me to remain in post until my successor is elected.

“This has been a difficult period for the party and the country and I have conveyed to the chairman my determination to do everything I can to ensure both unionism and Northern Ireland is able to move forward to a stronger place.”

It means that Mr Poots becomes the shortest serving leader in DUP history.

He was voted in as Arlene Foster’s successor on May 14, following a revolt against the former First Minister by supporters of Mr Poots.

He was formally ratified as leader on May 27, meaning he officially served just 21 days in the role.

A sizeable majority of MLAs and MPs voted against his decision to reconstitute the powersharing Executive with Sinn Fein in a bruising internal meeting just minutes before the process for nominating Stormont’s leaders began in the Northern Ireland Assembly. 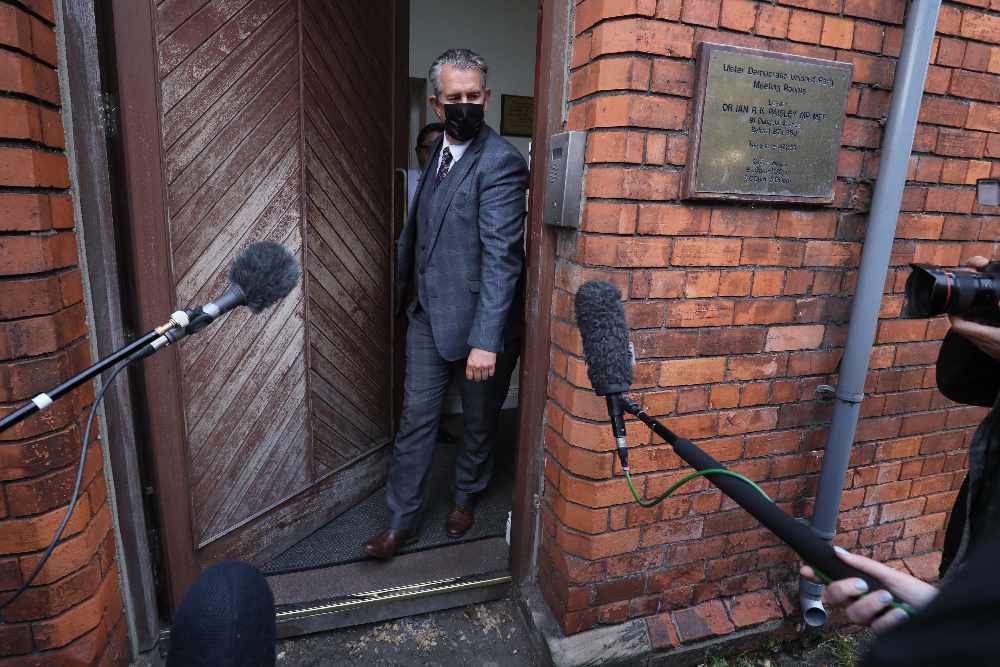 On his way out - Edwin Poots

Members were furious that Mr Poots pressed ahead with nominating his Lagan Valley constituency colleague Paul Givan as First Minister, after Sinn Fein secured a key concession from the UK Government to legislate for Irish language laws at Westminster.

A post-midnight announcement by the Government, committing to pass the stalled laws at Westminster in the autumn if they were not moved at the Stormont Assembly in the interim, was enough to convince Sinn Fein to drop its threat not to nominate a deputy First Minister as joint head of the devolved Executive.

Many DUP politicians had warned against a Government intervention on such a sensitive devolved issue and they were enraged that Mr Poots was still prepared to enter a new coalition on that basis.

A meeting of DUP party officers got under way on Thursday evening at party headquarters in Belfast, amid speculation Mr Poots could potentially face a vote of no confidence.

🎥 Just in from David Young, PA - DUP leader @edwinpootsmla leaves party HQ around three and a half hours after arriving.

Declines to answer questions about his leadership: pic.twitter.com/la6BeoAWjn

Mr Poots left the meeting after 8pm, saying only “how are you” to gathered media before being driven off in a waiting car.

He declined to respond to media questions about his leadership and whether he faced a motion of no confidence during the meeting.

The remaining DUP party officers left the meeting at their headquarters at 8.50pm, all departing together.

Sammy Wilson has said the writing was on the wall for Mr Poots since early yesterday morning.