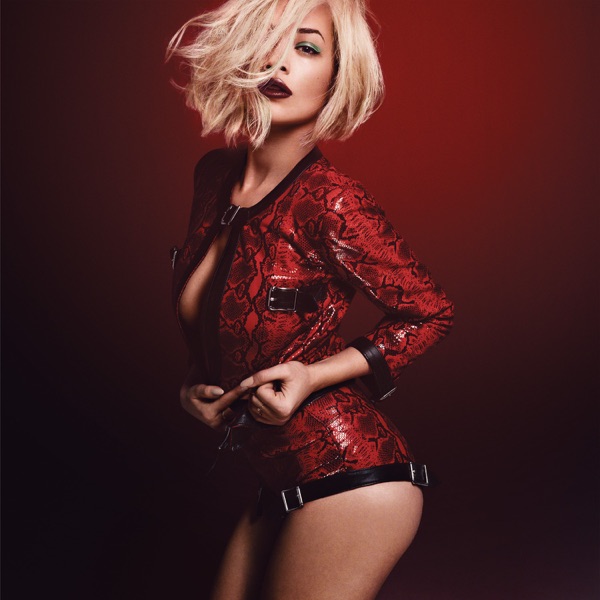 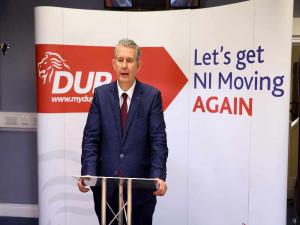 The nomination of Stormont’s leaders has been thrown into uncertainty after several senior DUP members questioned their party leader’s decision to proceed.

Party MPs and peers sent an urgent email to Edwin Poots on Thursday morning urging him to hold off nominating Paul Givan as First Minister until he explained his decision to reconstitute the powersharing administration after Sinn Fein secured a key concession on Irish language laws.

A post-midnight announcement by the UK Government committing to pass the stalled laws at Westminster in the autumn, if they are not moved at the Stormont Assembly in the interim, was enough to convince Sinn Fein to drop its threat not to nominate a deputy First Minister as joint head of the devolved executive.

While Mr Poots has told his party he is willing to proceed with nominating Mr Givan, several senior members have now expressed concern at his course of action.

The email sent to Mr Poots, a copy of which has been seen by PA Media, is signed by defeated leadership candidate Sir Jeffrey Donaldson, party chairman Lord Morrow, senior MPs Sammy Wilson, Gregory Campbell and Gavin Robinson, former deputy leader Lord Dodds and a number of other senior members.

In total seven of the DUP’s eight MPs have signed the email, with Ian Paisley being the exception. The party’s five peers have also signed. 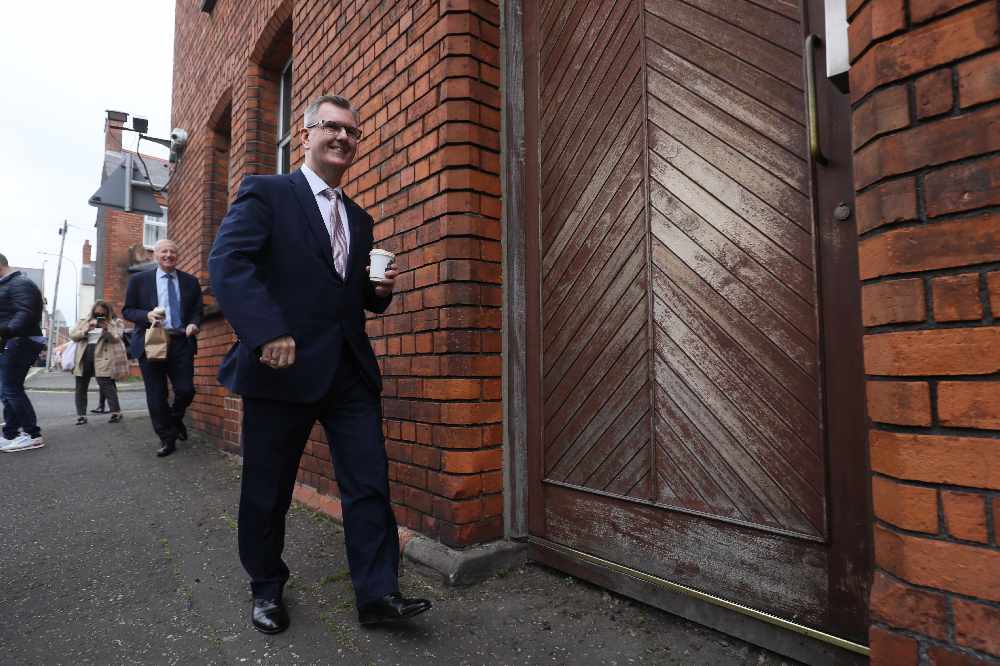 Above - Defeated leadership candidate and MP for Lagan Valley Sir Jeffrey Donaldson is among those who have signed the letter, alongside East Antrim MP Sammy Wilson pictured below 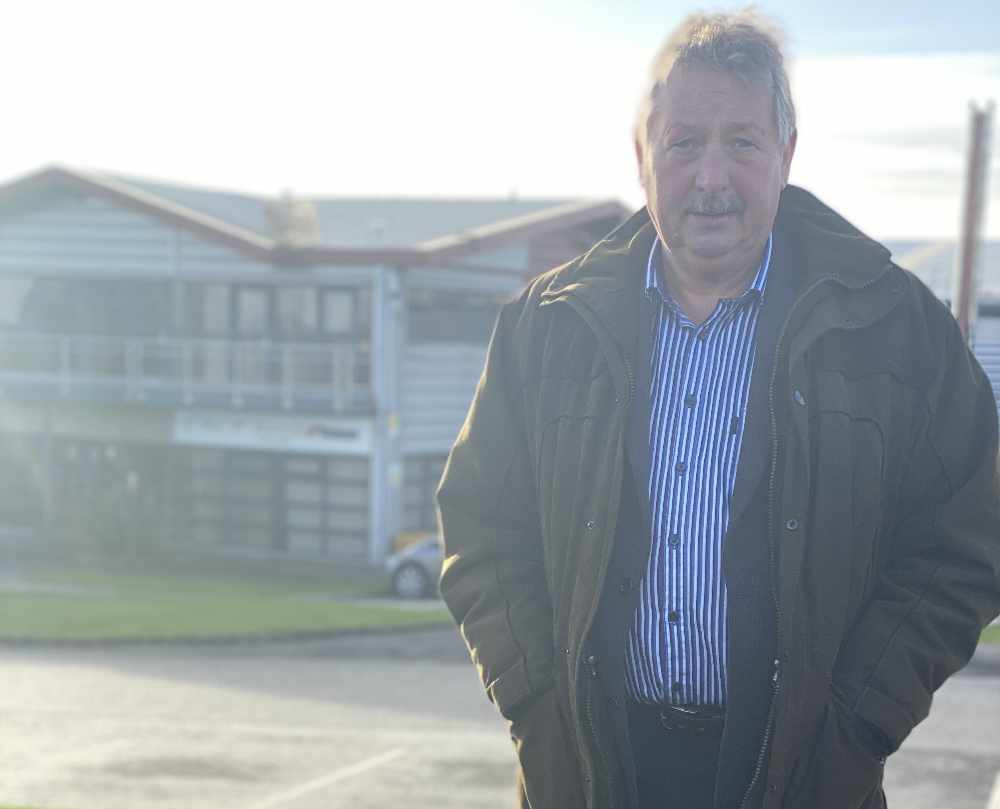 Many of those who have signed the email would have supported Sir Jeffrey in his leadership bid, though some, like MP Paul Girvan, supported Mr Poots’ candidacy.

The email read: “We note the announcement made by the Secretary of State in the early hours of this morning that both you and the Sinn Fein leadership have agreed to nominate a First Minister and deputy First Minister on the basis that Westminster will legislate on the Irish language and other matters if the Assembly fails to do so by October. We are also in receipt of your email this morning regarding this agreement.

“We are very concerned about this development and therefore, are urgently requesting that you meet with us as DUP Members of Parliament and peers to explain the basis of your agreement with the Secretary of State and Sinn Fein before any further steps are taken in this process, including the nomination of a First Minister. Assuming you will have prior consultation with your Assembly Group, we would be happy to join this meeting.

“You have often spoken of the need for accountability and transparency within our party and it is now essential that you consult with us as representatives of the people of Northern Ireland before you proceed further. We look forward to hearing from you thereto.”

Mr Poots was briefing his party colleagues on the late-night development at Parliament Buildings on Thursday morning.

The nominations are due to proceed at 12pm in a special sitting of the Assembly. If they go ahead, the Executive will be able to hold a scheduled meeting later in the day to decide the latest pandemic relaxations for Northern Ireland.

A stand-off between the Executive’s two main parties over the thorny language issue has been threatening the future of the fragile institutions in Belfast.

The issue came to a head this week as a result of the process required to reconstitute the Executive following the resignation of ousted DUP leader Arlene Foster as First Minister.

The joint nature of the office Mrs Foster shared with deputy First Minister Michelle O’Neill meant that her departure automatically triggered the removal of Ms O’Neill from her position – as one cannot hold post without the other.

In order to form a functioning executive, and avert a snap Assembly election, both roles have to be filled by a deadline of this coming Monday at 1pm.

While Mr Poots has been poised to nominate Lagan Valley MLA Mr Givan as First Minister, Sinn Fein had made clear it would not renominate Ms O’Neill until it received assurances from the DUP that it would press ahead with the long-delayed Irish language laws.

The legislation, which includes the creation of Irish and Ulster Scots commissioners and the establishment of an Office for Identity and Cultural Expression, is an unfulfilled commitment within the 2020 NDNA deal.

While Mr Poots, who succeeded Mrs Foster, has vowed to implement all outstanding aspects of NDNA, he has declined to give Sinn Fein a specific assurance that he will move on the language laws in the current Assembly mandate, a key demand of the republican party.

Amid the dispute, earlier this week Sinn Fein asked the UK Government to step in and move the legislation at Westminster instead. The DUP had warned Mr Lewis against such a step, characterising it as an overreach into devolution.

However, in the early hours of Thursday the Secretary of State announced that the Government would table the language legislation at Westminster in October if Stormont had failed to do so by the end of September.

Welcoming the move, Mrs McDonald said Mr Lewis’s intervention was the “only viable way” to break the deadlock. She confirmed the party would renominate Ms O’Neill later on Thursday.

“This matter of language rights has been a long running saga,” she told a post-1am press conference on the Stormont estate.

“For a very long time, the DUP has sought to frustrate these rights.

“That is most unfortunate, it’s also unacceptable. And tonight we have broken through that logjam of DUP obstructionism.

In a letter to DUP MPs and MLAs, Mr Poots wrote: “We have never been in the business of playing fast and loose with devolution. Our waiting lists, economic recovery and schools are too important for party political games.

“Sinn Fein set a deadline of 24 June for cultural legislation to be on the floor of the NI Assembly. That has not happened. Their decision to set ultimatums and deadlines was unnecessary. The DUP is not in the business of pre-conditions. Our mandate must be respected.

“The DUP negotiated NDNA and it should be implemented, in all its parts. It was a careful balance of agreements on a range of issues including culture.

“Importantly though, the place for such legislation is the NI Assembly. That has been our consistent position throughout and remains so.

“Paul Givan will be nominated for the position of First Minister at the earliest opportunity. It is regretful that there was ever such instability created by Sinn Fein.

“We must now focus on advancing those issues from NDNA which matter to everyone whether that be our waiting lists, educational underachievement, the implementation of the Military Covenant, additional PSNI officers as well as the key elements of the cultural legislation which strengthen the unionist place here.”