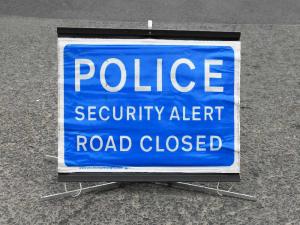 A security alert in the Creggan area of Derry/Londonderry has now ended and has been described as an "elaborate hoax".

It was sparked following the discovery of a suspicious object in the Beechwood Avenue at around 8.25pm last night.

The suspect package was found in an alleyway area on Marlborough Road and the area was then cordoned off, roads were closed and nearby residents were evacuated from their homes.

There’s a suspect package in an alleyway on Marlborough Road in Derry-Londonderry. Police are at the scene and some 10 homes have been evacuated. ATO are on their way. Evacuated families are being sent to Brooke Park pic.twitter.com/nYCyhaj4cT

ATO attended the scene and the object, which has been described as an elaborate hoax, has been take for further examination.

Roads have re-opened and residents returned to their homes shortly after 3am.

Meanwhile, a 41-year-old man has been arrested in connection with the incident.

He remains in police custody after being detained under the Terrorism Act.

Police have reopened the scene of last night’s security alert in Marlborough Road Derry-Londonderry, have arrested a 41-year-old in relation to it.
ATO say the suspect device was ‘an elaborate hoax’.
Ten families were evacuated from their homes for five hours during the incident pic.twitter.com/G4H7PAryff

Inspector Spence said, “The alert caused considerable disruption to local residents and I would like to thank anyone affected for their patience whilst we worked to ensure their safety.

“Enquiries are continuing to establish the circumstances surrounding this incident and police would appeal to anyone who witnessed anything suspicious in the area to contact them on 101, quoting reference number 1822 14/10/19.