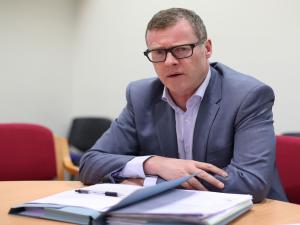 The daughter of a woman murdered in a notorious Belfast bar bombing has demanded a fresh inquest to challenge what she branded "cover-up, collusion and conspiracy".

Pat Irvine's mother Kathleen was one of 15 killed in the explosion at McGurk's bar in 1971.

The bombing was carried out by the UVF but had initially been presented by the Royal Ulster Constabulary (RUC) as an accidental ''own goal'' by the IRA, prompting speculation the dead might have included IRA members who were carrying the device.

Relatives have been engaged in a long campaign to clear the names of the victims and get the record set straight.

Ms Irvine and a number of other families have now joined calls for a new inquest. 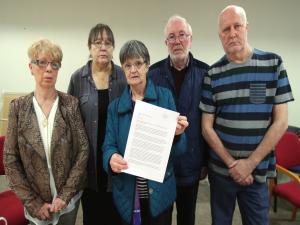 They have lodged a formal application to Northern Ireland's Attorney General John Larkin urging him to invoke his statutory power to convene further proceedings.

The legal move comes six weeks after another group of relatives also applied to Mr Larkin for a renewed coroner's investigation.

"This is the 46th year we are going into since the bomb," said Ms Irvine.

"I was 14 at the time my mother was murdered. We are talking about cover-up, collusion and conspiracy that was administered towards the families and our loved ones right at the start of it.

"As far as I am concerned, I believe that is still happening to us today."

Tommy McCready, whose father-in-law James Smyth was killed, added: "All we want is the truth.

"We are not interested in persecuting somebody or hanging somebody out to dry - we want the authorities to admit the truth."

A UVF man was convicted for his part in the attack in 1978.

A Police Ombudsman's report in 2011 said RUC officers had shown an "investigative bias" with the original mis-attribution of blame.

However, the PSNI's then-chief constable Matt Baggott refused to accept that particular finding by the ombudsman and a subsequent probe by the police's historical enquiries team (HET) concluded there was no such bias.

In a further twist, Mr Baggott's successor George Hamilton reversed the police's position in 2015, acknowledging there was bias in the initial RUC investigation.

He said the HET report findings had been amended to reflect the change in stance. 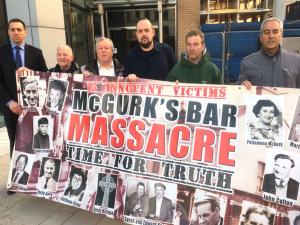 Last year, Pat Irvine's son Ciaran MacAirt obtained a number of documents through a freedom-of-information bid that the families believe prove the authorities knew from the start that loyalists were involved.

They say a military log-book shows the bomb was planted in the doorway of the pub rather than detonating in the possession of someone inside.

The efforts to obtain a new inquest, on the back of this fresh material, come at a time when Northern Ireland's coronial system is beset by delays and funding issues caused by a political stalemate on how to address the legacy of the Troubles.

Kevin Winters, the lawyer representing the relatives making the latest inquest application, said it was "depressing" he was unable to tell his clients when their legal fight might end.

"Here you have a group of families yet again having to access the courts because politically and from a government point of view they have been badly let down through the years," he said.

"The inquest system as it stands, in theory, is a fit-for-purpose process and there is a remedy of using the inquest to try to get closure.

"The problem is the relevant government authorities haven't made the funding available."