Family of murdered loyalist offer £10,000 to bring his killers to justice 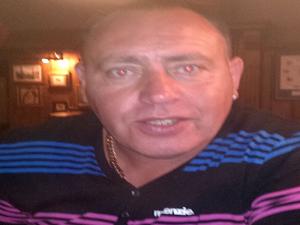 A £10,000 reward has been offered for information that could bring the killers of loyalist John Boreland to justice.

Mr Boreland was shot dead in the Sunningdale Gardens area of north Belfast on August 7 2016.

Three men have been jailed for perverting the course of justice in relation to the incident, but no one has been convicted of murder.

On the third anniversary of Mr Boreland's killing, his family has offered a £10,000 reward for information to secure a murder conviction.

His father Billy and mother Winnie described Mr Boreland as a loving father to his three children.

In a statement they said their "broken lives will never be healed".

"On 7 August 2016, our son John got out of his car at his flat when he was shot multiple times and left to die.

"John was a loving dad to three children and he never got to live to see his grandsons. He was also a much loved brother and uncle," Mr and Mrs Boreland said.

"Three years have passed without justice for our son's brutal murder.

"Three men were jailed for perverting the course of justice last year but no one has been held accountable for taking John's life and destroying ours in the process.

"Our broken lives will never be healed and we can't get peace knowing that his murderer is still out there.

"We are offering a £10,000 reward if someone can provide information that leads to the arrest and conviction of the person responsible for our son's murder.

"Please help us catch his killer - it's never too late to come forward. Please tell police what you know. The number to call is 101." 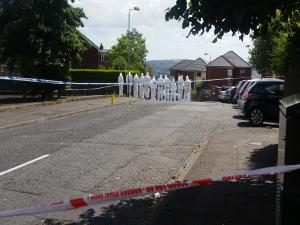 The scene of the killing.