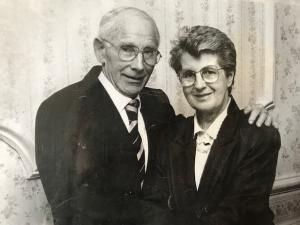 Heartbroken family members have been paying emotional tributes to the 96-year-old farmer killed in a tractor accident on Tuesday.

Leo Murphy died after crashing close to his home at Moore Island Road in the Grange area near Armagh city.

He was a much-loved father, grandfather and great-grandfather.

His 89-year-old wife Lily had died three years ago.

Grieving relatives spoke to Q Radio on Tuesday night about the man they called their role model...

"We despatched two Emergency Ambulance crews to the scene. The Charity Air Ambulance was also tasked to the incident."

Mr. Murphy's family spoke to Q Radio as they began to come to terms with what had happened.

His daughter Mary Gibney said: "He just went to keep an eye on the cattle and that was it. It's just so sad and we're going to miss him so much.

"I'm just heartbroken. My daddy died just where he loved being best, in the arches or the field or among the cattle, and that's just where he was when it all happened."

Leo's son, Michael, said: "He was a great character and he loved the football.

"He'd watch the Grange football, the soccer and all that. He read the paper every day, the Irish News. He loved it.

"If you ever wanted any news or wanted to know anything you came here. He knew it all." 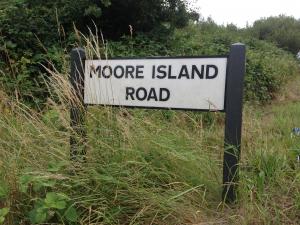