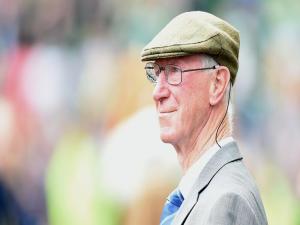 The life of footballing hero Jack Charlton will be commemorated by a special postmark applied to mail sent in England and Ireland.

The former Leeds United defender, who won a World Cup winner's medal while playing for England in 1966, died on July 10 aged 85.

After a successful career in England, as a manager he helped lead the Republic of Ireland to their first major tournament finals in the late 1980s and early 1990s.

To commemorate his contribution to both nations, the Royal Mail and the Irish postal service An Post have collaborated for the first time to create a postmark in his honour.

The postmark, which reads "Jack Charlton, 1935 - 2020", will be applied across stamped mail posted in England and the Republic of Ireland from Monday until August 9.

Stuart Simpson, chief executive at Royal Mail, said Charlton was a "football hero" in both countries.

Highlighting the postal services' first-time postmark collaboration, he added: "The commemoration of the life of Jack Charlton is a fitting occasion to do so.

"Jack was an integral member of England's 1966 World Cup winning squad and played a key role in the Republic of Ireland's football history.

"We would like to extend our condolences to the family of Jack Charlton from everyone at Royal Mail."

David McRedmond, chief executive at An Post, said: "Jack Charlton will always have a special place in the hearts and minds of Irish people.

"He gave our nation many of our happiest and proudest moments.

"Jack was the greatest example of a culture shared across these islands: that a proud Leeds player, a tall English football hero could become an Irish legend.

"That's why it is so fitting that he should be the subject of the first joint postmark between An Post and the Royal Mail."

Following the announcement of Charlton's death, tributes poured in from his former clubs and the wider football family.

Taoiseach Micheal Martin said: "He was an iconic figure on and off the pitch, in England and Ireland."

English Football Association chairman Greg Clarke said Charlton was "a true giant of English football", adding: "He left an indelible impression on our national game and was guaranteed an affectionate and warm welcome wherever he went".

In a statement, his family said he led an "extraordinary life" and remembered him as a "thoroughly honest, kind, funny and genuine man who always had time for people".