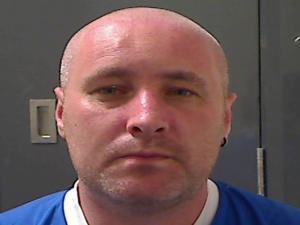 The heartbroken mother of Colin Horner said today she was relieved that four men who admitted his murder are now behind bars.

Lesley Horner - who attended court with her sisters Angela and Heather, and daughter Sophie, along with Colin's partner Natasha - said the family can now start to grieve, and to begin to rebuild their lives.

Speaking outside Laganside Court, the north Belfast mum said it had been vital for them to be in court, before adding: "It's very difficuly because Colin - his life is gone, they took his life.

When asked how she felt when the four men admitted murdering her son, Mrs Horner said: "There's no words to describe it. No words, to actually look at them and see that they murdered your child and they're standing laughing and turning round to their supporters in the dock. It just demolishes you.

"I just hope now that we can maybe try and start grieving for my son properly and try and rebuild some sort of life for me and my children and grandchildren."

Mr Horner was shot dead in front of his son Oscar, who was just three when he saw his father murdered.

Mrs Horner described her grandson as a "beautiful boy" and said the youngster "is going okay." She said: " There is a lot of love and a lot of support. We all look after him and fill his life with colour."

Mrs Horner will be back in court to see her son's killers sentenced next Tuesday.

She said: "We had to be here today, we had to see justice for my son. We're relieved it hasn't gone on so long ... we were expecting a big trial.

"I don't think happy is the right word to use, but we can now maybe start to build some sort of life. I just hope my son is up there looking down, dancing in the sky."