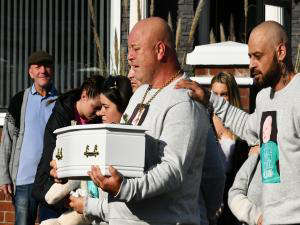 The funeral of baby Liam O'Keefe, who was killed in his home in north Belfast last week, has taken place today.

The private family service for the nine-week-old infant comes after a fundraising appeal online raised almost £4,000 to help the family pay for funeral costs.

Liam was killed in an incident at his home in Brompton Park, Ardoyne, which saw his older sister taken to hospital where she remains in a stable condition.

The funeral of baby Liam O'Keefe, who was killed in his home in north Belfast last week, has taken place today.https://t.co/J1tDBSwRky

The children's mother, Raluca Ioana Tagani, was arrested in connection with the incident and has been charged with murder and attempted murder.

The 29-year-old Romanian national was remanded in custody to appear before court again on August 27.

At a vigil for the infant, held by the local community in Brompton Park last week, the infant's father, also Liam, described his heartbreak at losing his son, and thanked the community for rallying around him.

"It gives me strength to know you are all giving so much love and support," he said. 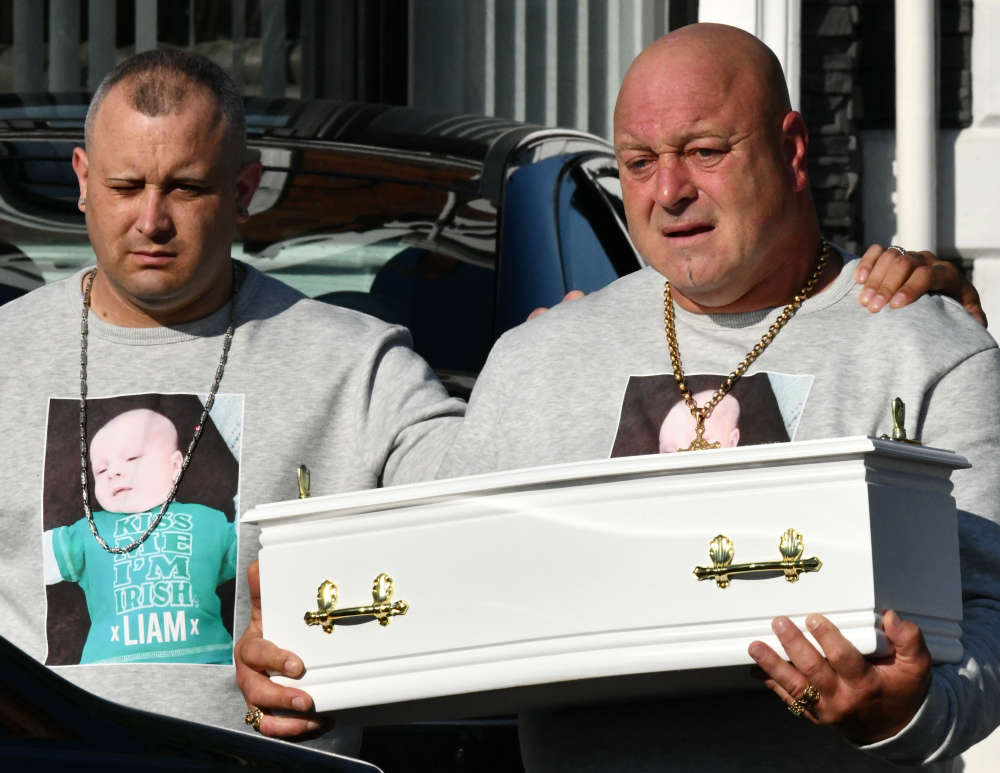