Head of Civil Service announces plans to retire next year 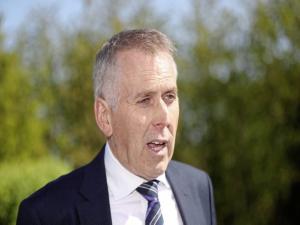 The Head of the Civil Service has announced his intention to retire at the end of August next year.

David Sterling has held the post for more than three years, describing it as the most challenging and difficult times for the organisation during 'exceptional times'.

He has been the man responsible for decision making in Northern Ireland in the absence of a devolved executive and has worked in the civil service for more than forty years.

Mr Sterling informed colleagues this morning and has written to local politicians.

David Sterling made the announcement now, so that a competition for his successor can be launched at the earliest opportunity when an Executive is restored.

In a statement he said, “The last three years have been among the most challenging and difficult in the history of the Northern Ireland Civil Service.

“We have found ourselves in the unique situation of working without ministerial direction to keep public services running and deliver the best possible outcomes for our people at a time of unprecedented challenge.

“The enormity of the task has put significant pressure on the NICS and I am proud of the way we have responded.

“Throughout my career, including my time as Head of the Civil Service, I have been impressed and humbled by the work of civil servants across departments and I want to thank them for the great work they do every day to help make people’s lives better.

“It has been an honour and a privilege to lead this organisation and I look forward to continuing to do so for the next number of months.”