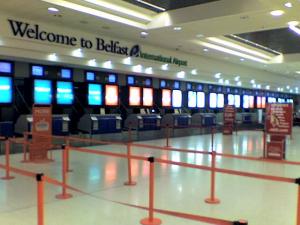 The airline will also fly to Turkey, Portugal and Spain.

50 new jobs will be created as a result of the expansion.

The Managing Director of Belfast International Airport, Graham Keddie, has said the decision by Jet2 to base a fourth aircraft at the airport and expand its route network will lead to fifty new jobs.

Mr Keddie said: “Jet2 and Jet2 Holidays will offer over 400,000 seats for Summer ’18 and that will deliver enormous additional choice for the Northern Ireland holiday-maker.

“A fourth aircraft – in this case, a larger Boeing 737-800 – is a multi-million pound commitment and the clearest possible signal by the airline that Northern Ireland is a good place to invest.

“Of course, with the welcome expansion will come new employment opportunities. Up to fifty jobs spread throughout the airport will have to be filled, including ground crew, pilots and cabin crew which will mean £1.5 million in wages injected into the local economy.

“This is a most welcome boost, coming only forty-eight hours after we helped to host a most successful Route Europe Conference in Northern Ireland which attracted 114 airlines and representatives from 370 airports and about 40 tourism organisations.

“Belfast International Airport is in the business of expanding its international reach and giving both in-bound tourists and out-bound passengers the best possible range of destinations.

“Our growth delivers real economic benefits for Northern Ireland. The more we grow our passenger traffic, the more we will see airlines and others investing here.

“We’re delighted with Jet2’s wonderful vote of confidence and know the airline will see a tremendous up-take for its comprehensive list of holiday destinations.”

“The team at Belfast International Airport have again proved that opportunities exist for building tourism in Northern Ireland and I must congratulate them for their continued hard work in bringing so many new flights to Northern Ireland.

“As a member of the Northern Ireland Affairs Committee at Westminster, I have ensured that all aspects of tourism in Northern Ireland, particularly our need to urgently address Air Passenger Duty, continue to be highlighted.

“If returned to represent South Antrim on the green benches again on June the 8th I will continue to champion our tourism industry, which would greatly benefit from a level playing field to compete for customers.

“If a more level playing field can be created for our airports, there is no question that visitor numbers could increase significantly.  In that scenario the case for an improved road link to the motorway and a rail connection to Belfast city centre from the International Airport at Aldergrove would be greatly strengthened.”