LISTEN: Number of institutions and churches told to compensate victims of abuse 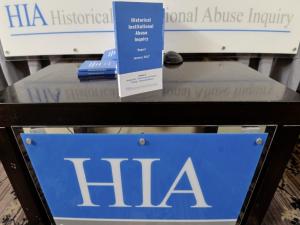 Victims of historical abuse have welcomed the progress made in procuring contributions for their compensation.

Brendan McAllister, the Interim Advocate for victims of historical institutional abuse in Northern Ireland, endorsed the approach by the head of the Civil Service, David Sterling.

Mr Sterling has approached institutions where victims were abused to begin negotiations about making contributions towards the compensation.

Mr McAllister, who released a statement on Friday, said: "Now that the Redress Board is being set up it is time for everyone to shoulder their share of responsibility for undoing the harm suffered by innocent and defenceless children.

"I hope that all concerned will enter talks with the Executive Office in a positive manner".

Victim's campaigner Margaret McGuckan from Survivors and Victims of Institutional Abuse (SAVIA) told Q Radio that money should have already been collected.

Work to establish the redress scheme is finally under way after long-stalled legislation was passed at Westminster on the final day of business before Parliament was dissolved ahead of the General Election.

Those who suffered abuse in children's homes runs by the church, state and charities were to be offered payments up to a maximum of £100,000.

Victims who attended institutions where the inquiry deemed that a certain level of abuse was widespread will receive an initial £10,000 acknowledgment payment.

Members of the redress board will then determine what additional compensation victims are entitled to, depending on the severity of the abuse each suffered.

The compensation payouts have been long delayed due to the collapse of power-sharing.

The recommendations of the Historical Institutional Abuse inquiry were published days before Stormont imploded in January 2017, leaving the redress scheme on ice ever since.

Under sustained pressure from victims' campaigners, the Government intervened in recent months to enact the scheme at Westminster in the absence of Stormont.