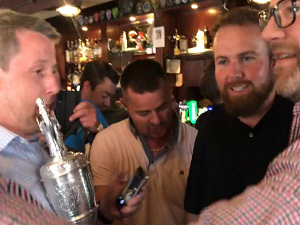 Claret Jug winner Shane Lowry has continued his celebrations in Dublin after winning The Open.

Lowry, along with a huge crowd of friends and family, trophy in hand, descended on the city's Boar's Head pub early on Monday afternoon.

Ann Hourican, who owns the pub, told PA she is delighted to have Lowry and his team in her bar to celebrate. 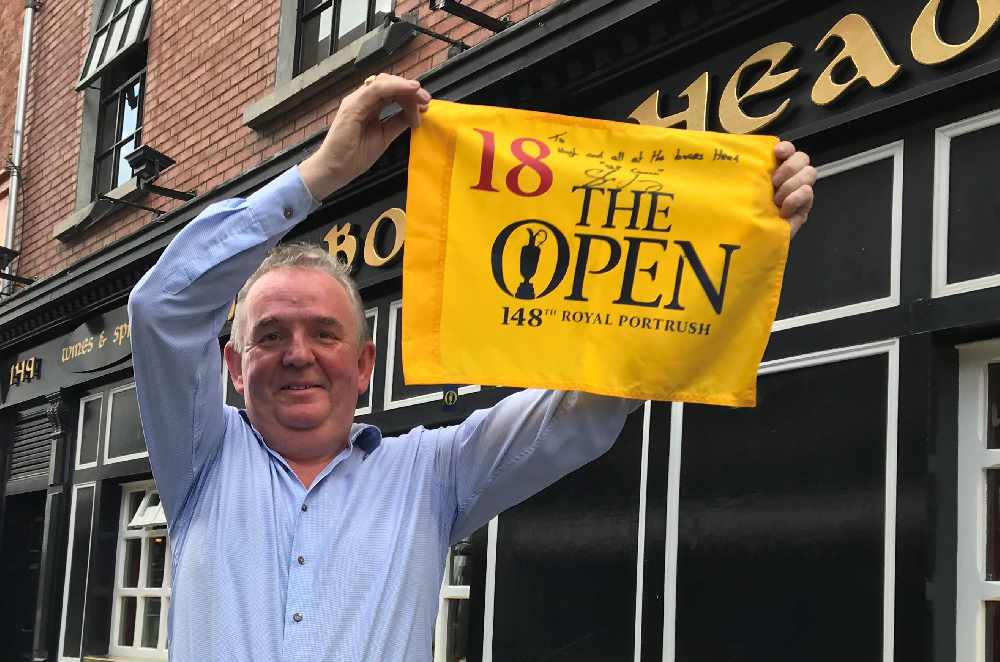 "We had it organised before so it wasn't sprung on us or anything like that," she said.

"Shane has been in a few times before and he's a good country man, being from Offaly, and we're from Cavan, so he knew the pub was owned by country people."

Despite rumours Lowry had partied through the night after being filmed leading a singalong in the upmarket 37 Dawson Street cocktail bar on Sunday night, and had turned up in the same clothes on Monday, Ms Hourican said the golfer was very presentable.

"Oh no, he's been home and showered and changed and I think he's had some sleep too so he's ready for the day again," she said.

"We're delighted for him and so proud of him. 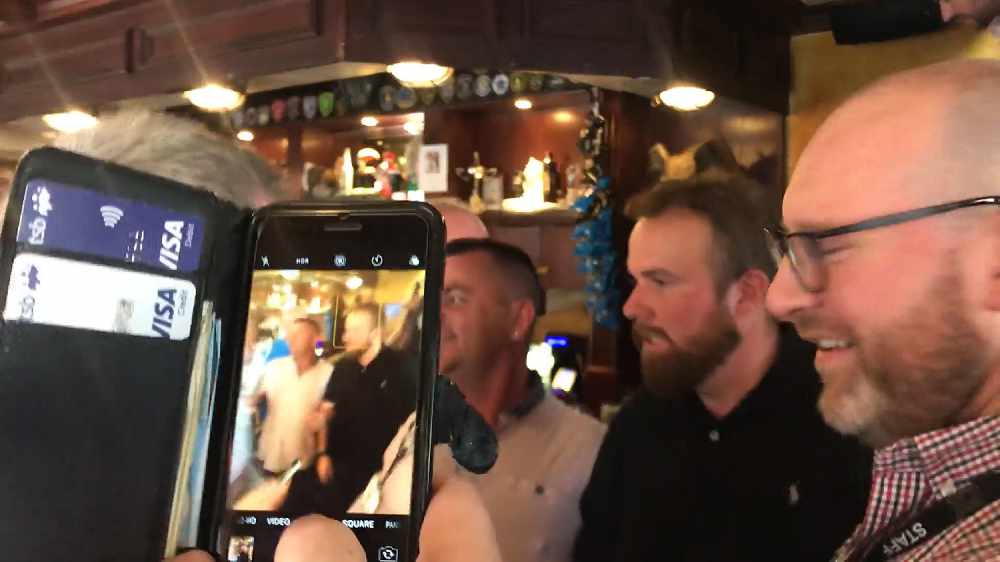 "He's just handed over the cup and allowed all the punters to have their pictures taken with it, and all his friends are here and they're so lovely.

"We couldn't be prouder of him."

Crowds queued to have their photos taken with the Claret Jug in the pub, while Lowry enjoyed a few pints with the group, as well as a few bewildered tourists.

Ms Hourican added: "We had a few tourists in earlier and they couldn't believe how busy it was for a Monday afternoon.

"They were looking around like we were mad, they'd no idea who Shane was or anything.

"They stayed for one drink and left." 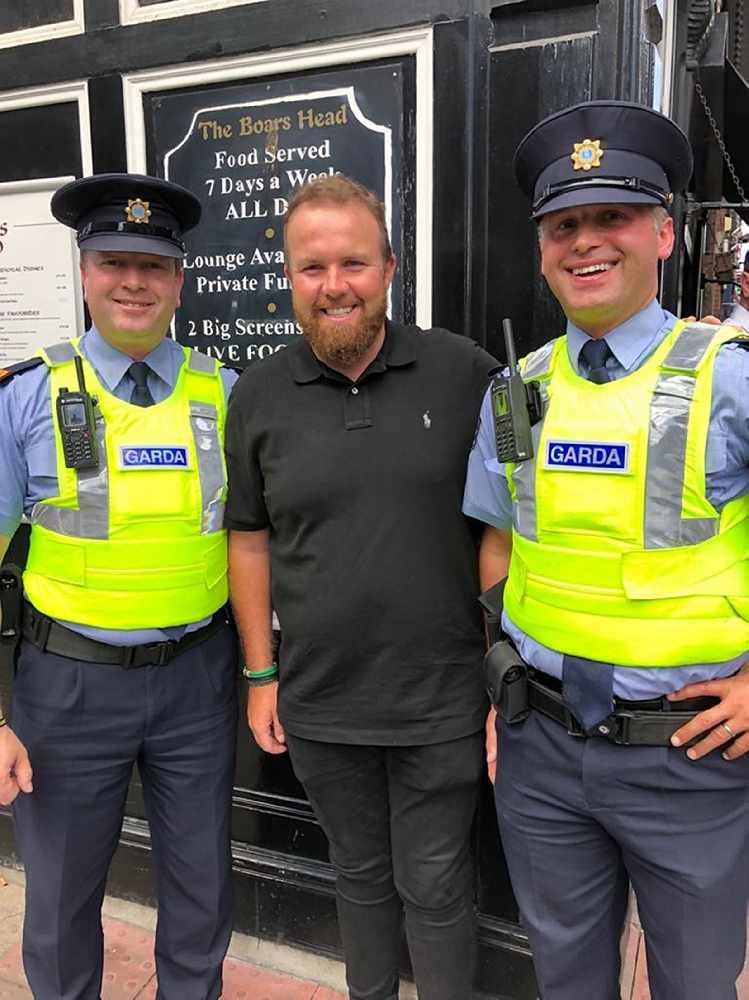