Pair in court accused of human trafficking for prostitution 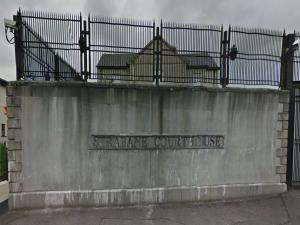 A man and woman have appeared in court charged with trafficking a 29-year-old Hungarian woman into Northern Ireland and forcing her into prostitution.

The woman was rescued from her alleged captives during a police operation in Co Tyrone on Tuesday.

She is believed to have been trafficked into the region from Hungary approximately seven months ago, a court heard.

A member of the public had contacted police to say they were concerned for the wellbeing of a woman at a house in Dungannon, a PSNI officer told Strabane Magistrate's Court.

When police arrived at the house they found signs that the property was being used for prostitution, the court heard.

The bedroom doors in the house had locks on both the inside and the outside, the officer said.

Appearing together in the dock Hungarian nationals Gyorgy Orsos, 32, and his girlfriend Evelyn Covacs, 20, were both charged with human trafficking, kidnap and controlling prostitution for gain.

Orsos was also charged with twice raping his alleged victim, damaging her mobile phone and stealing her bank cards.

The pair, who had been living at John Street in Dungannon, also faced charges of concealing the proceeds of crime and converting criminal property.

All charges were read to the couple through an interpreter.

A Detective Constable told the court that after she was rescued the victim told police that she had been brought to Northern Ireland from Hungary by Orsos and Covacs in October 2016.

"She was under the belief that she would be working a regular job and would be given money to look after her family back home.

"When she arrived in Northern Ireland she was forced to work in the sex trade," the officer said.

The victim also claimed that when she first arrived in the region Orsos raped her twice, smashed her mobile phone with a hammer and stole her bank cards, the officer told the court.

It was claimed that Covacs was responsible for taking photographs of the victim and uploading them onto escort websites.

She was also allegedly in charge of organising clients and arranging payment.

A defence lawyer said that the couple both denied the charges.

He said they have been living in Northern Ireland for a year, having travelled from Hungary by car and ferry.

Orsos made his money for the couple by working at carwashes in Omagh and Dungannon, his lawyer added.

The district judge denied an application for bail saying there was a risk the couple would not attend for trial or could commit further offences.

They were remanded in custody to appear before Dungannon Magistrate's Court via video link on June 14.