I Luv U Baby 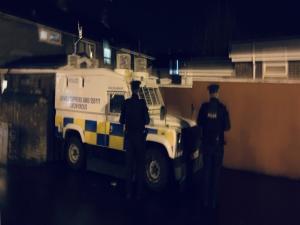 Detectives investigating a shooting incident on the Springfield Road in West Belfast on Monday 22nd of July revisited the scene last night.

Detective Inspector Kerry Brennan said, "This was an absolutely reckless act involving a man who was gunned down in a busy area in west Belfast on a bright summer’s evening.

“Someone who was on the road at this time will have seen the gunman who is believed to have made off on foot along Kashmir Road after the shooting.

“I want to appeal to drivers and people who were in the area at the time.

“Were you on the Springfield Road or on Kashmir Street between 7pm and 7:50pm on Monday 22 July? Do you think you saw the gunman?

“To drivers, I would ask you to check your dash cam footage as you may have captured vital evidence?