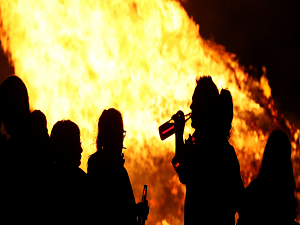 Police have pulled out of a stand-off with republican youths over a Belfast bonfire.

Scores of Police Service of Northern Ireland vehicles departed the New Lodge estate at speed amid a hail of missiles fired by the young people.

The estate was later barricaded using metal fencing while teenagers held their hands up in triumph from atop the anti-internment pyre.

Police had moved in earlier to facilitate contractors who have been tasked with removing the structure.

An officer was hit by a missile and knocked to the ground during the sporadic disturbances at the bonfire site.

Mark Lindsay, chair of the Police Federation for Northern Ireland, condemned the scenes.

"Officers trying to protect the community and lawful agencies are once again caught in the middle and in the firing line.

"They are being attacked with a range of missiles and iron fencing," he said.

"In one assault by a mob, one officer is seen to be struck and knocked to the ground. 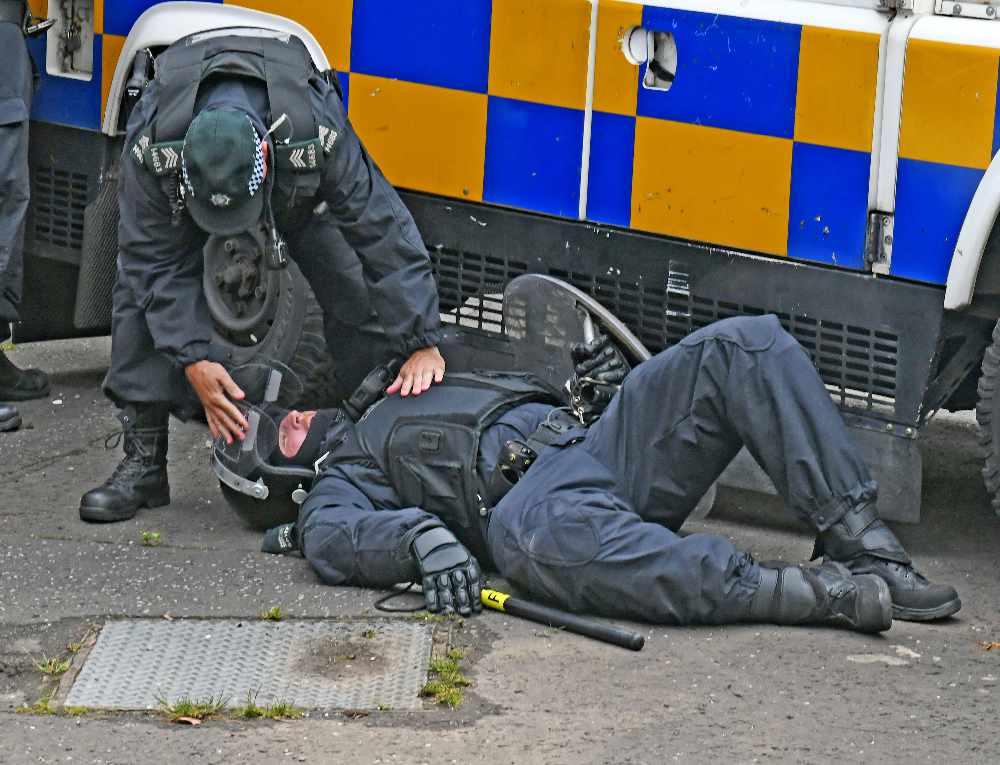 "This behaviour is contrary to the overwhelming wishes of the people of New Lodge who do not want this bonfire or their area hijacked by young thugs.

"Our officers are acting with professionalism and restraint and we would urge those orchestrating these vicious and unacceptable confrontations to pull back before people are seriously injured."

The bonfire is being built on land owned by Northern Ireland's Department for Infrastructure.

It was due to be lit on Thursday night to mark the anniversary of the introduction of the controversial policy of internment without trial in 1971.

A PSNI spokesman said in a statement earlier that officers are in attendance at the scene at Queens Parade to support contractors who have been tasked by the landowner to remove a bonfire from the road.

"We are endeavouring to support the contractors to complete this task in a timely manner, with minimum disruption to the community," he said.

"We would ask for the community's patience and support as the area is made safe.

"We will not be making any further comment at this time as this is an ongoing operation." 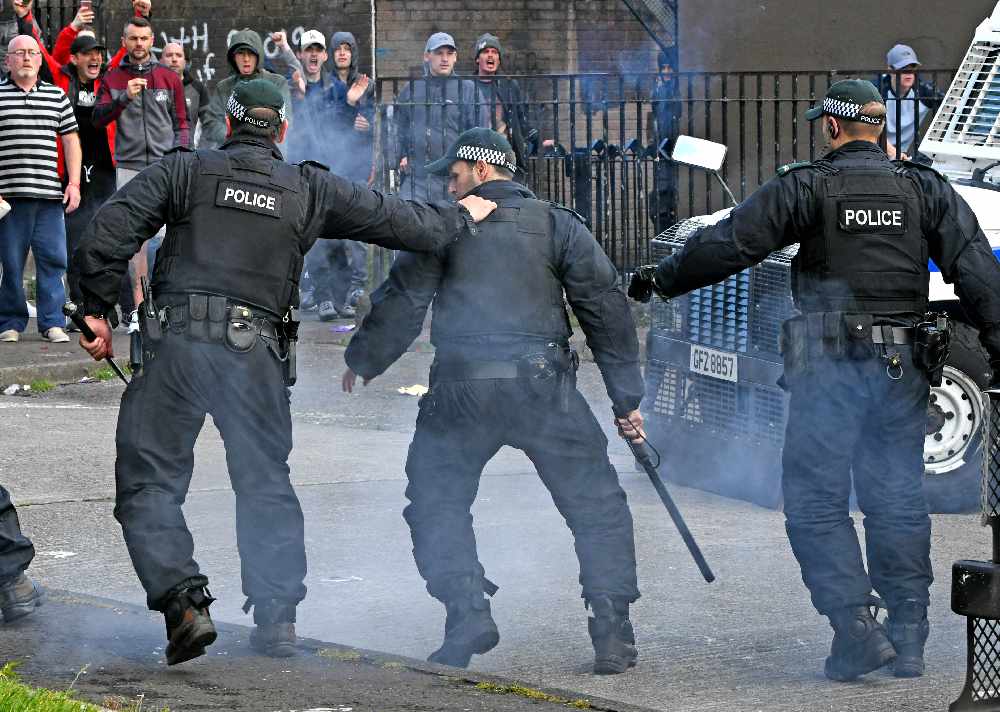 Earlier this week, politicians from both Sinn Fein and the SDLP said the people who live in the area do not want the bonfire.

Sinister graffiti appeared close to the pyre on Tuesday, threatening that if the structure is removed then a nearby community centre will be targeted.

The graffiti is also set to be removed by council workers.

A spokesman for Belfast City Council said it would "endeavour to remove the contentious graffiti as soon as practicably possible". 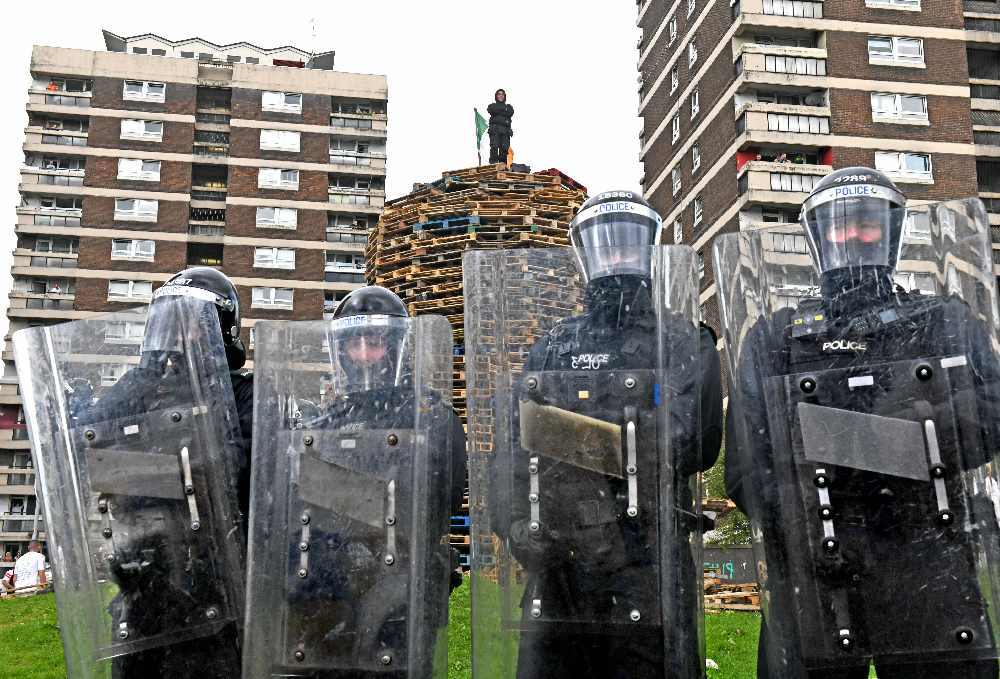 The bonfire is made of wooden pallets and has an Irish tricolour flag on top.