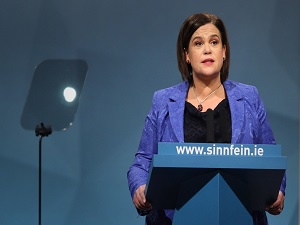 The leader of Sinn Fein says any possible government they form in the Republic of Ireland must prepare for an Irish unity referendum in the first five years.

On Saturday night during her leader's speech at the conclusion of the party's two-day Ard Fheis in Londonderry, Mary Lou McDonald repeated the stance that Sinn Fein would be willing to form a government with either of the Irish majority parties Fianna Fail or Fine Gael, if they could deliver a republican programme for government in Dublin.

"Let the other parties tell us if they are willing to implement a republican programme for government," she said.

"If we have the chance to deliver housing and healthcare, to stand up for people and deliver a fair deal for families, to deliver on Irish Unity.

"Then that is the only basis on which Sinn Fein would enter government."

The Good Friday Agreement states that the Secretary of State should call a referendum "if at any time it appears likely to him that a majority of those voting would express a wish that Northern Ireland should cease to be part of the United Kingdom and form part of a united Ireland".

If in government, Sinn Fein could only ask the Northern Ireland Secretary of State to call a referendum, but would have no power to do so from Dublin.

Ms McDonald added that the referendum on a united Ireland was a simply a question of when.

"The Irish government and all who say that now is not the time to speak of unity are wrong," she said.

"Brexit has changed everything. Many people, for the first time, are now considering their future in a United Ireland.

"A referendum on unity will happen, as set-out in the Good Friday Agreement. 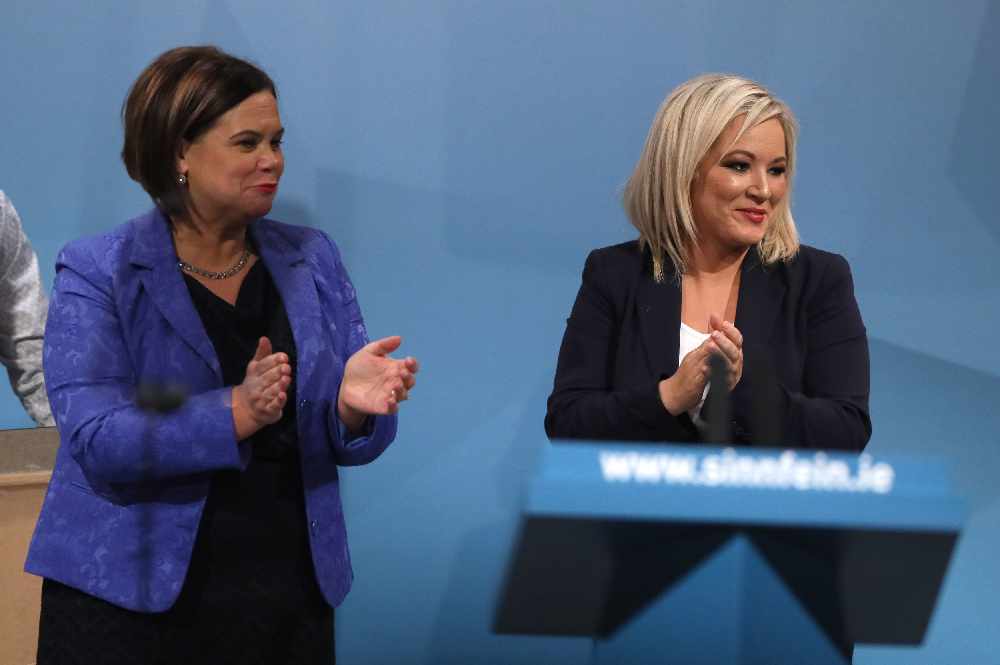 "The referendum must happen in the next five years, let the people have their say."

On the current stalemate at Stormont, which has left Northern Ireland without a government for more than 1,000 days, Ms McDonald says her party stands ready to get back around the table with the DUP.

"There is no contradiction between working for Irish Unity and seeking the restoration of the northern institutions," she said.

"Sinn Fein has never been the obstacle to powersharing or good government or doing a deal.

"Three years on, we have no assembly and executive. This is unsustainable.

"There is an immediate challenge to restore government in the North.

"To bring accountable government for all the people.

"Government of respect and equality leaving discrimination and exclusion to the past.

"We are ready to do business.

"I challenge the DUP and both governments to step forward. To resolve the issues and get government back in action.

"We don't need a drawn-out talks process. The issues have been well-rehearsed.

"We need a good faith, purposeful engagement by political Unionism. 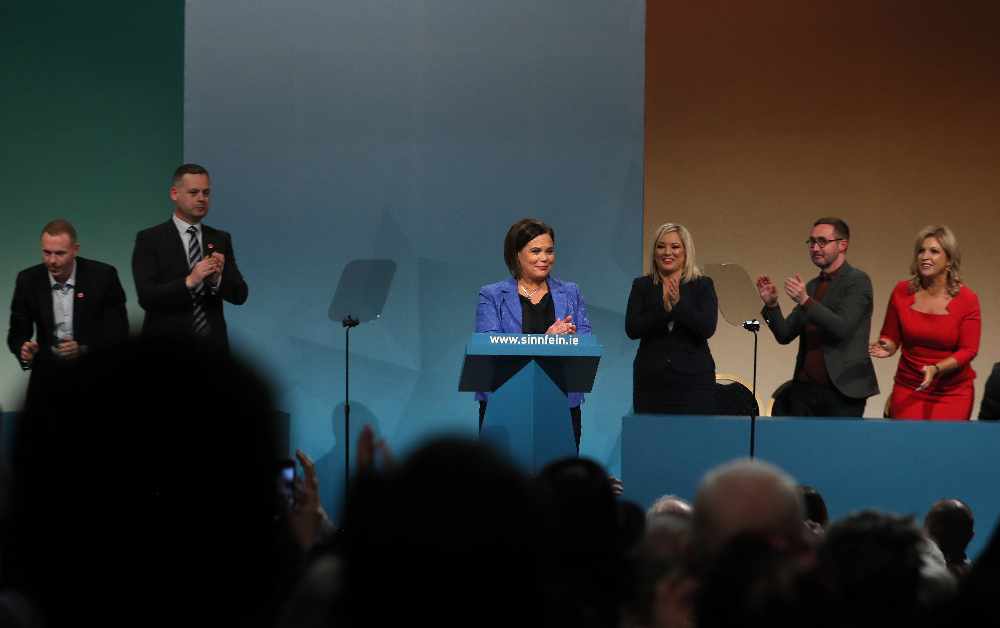 The speech also outlined party manifesto items including a massive public housing programme, the introduction of a living wage and major cuts to the cost of childcare.

"You are entitled to a good life, a full life that you can afford," Ms McDonald told over 2,000 attending delegates.

"Fine Gael and Fianna Fail have short-changed you.

"If we are serious about solving the housing crisis we need to get back to public house building led by councils and increasing the supply of affordable homes.

"This is something that will never be delivered by Fianna Fail or Fine Gael because their policies are about developers and landlords making profits.

"My commitment to you is that Sinn Fein will deliver the largest public house building programme that Ireland has ever seen."

The party have also committed to a rent reduction by up to 1,500 euro a year through a tax relief and a three-year rent freeze, in order to tackle the ongoing housing crisis in the republic of Ireland.

The party conference also had a concentration on the climate emergency, which Ms McDonald says a Green New Deal, like the policy currently being debated in the US, could be implemented in Ireland.

In the coming weeks, the party plan to publish radical proposals from David Cullinane TD and Caoimhe Archibald MLA.