Three arrested in Athlone over threats to kill on social media 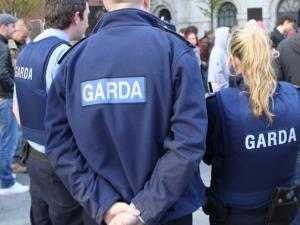 Three men have been arrested over alleged threats to kill made on social media.

Gardai in Athlone are investigating a number of threats to kill and cause serious harm to people made via social media over the past few days.

Officers are liaising with the PSNI in relation to the men arrested, in case of any connection to a recent serious incident in Co Fermanagh, which is under investigation by the police in Northern Ireland.

On Thursday morning, Athlone Gardai conducted a number of planned searches in the area, searching for weapons which were displayed in the videos and media devices used to record and upload the content under investigation.

During the course of these searches, one man is in his late 40s and two men in their 20s, all from the Athlone area were arrested, and a number of electronic devices and weapons were seized.

The men were detained at Mullingar and Athlone Garda Stations.

In Fermanagh on Saturday, a group of men broke into a house in Trasna Way, Lisnaskea, and attacked a 13-year-old girl with machetes.

The girl needed hundreds of stitches after she tried to protect her months-old nephew, who was unharmed during the incident.

A 41-year-old woman was also treated for stab wounds to her leg but has since been discharged from hospital.

Videos emerged in the aftermath of the incident and have been circulating on social media ever since.