WATCH: Married couple and brother named as victims of fatal crash in Portglenone 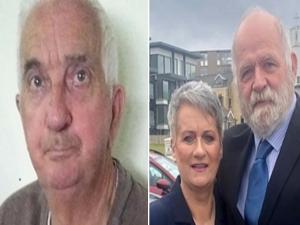 Three people have died following a crash in Co Antrim.

Paul and Varena Creelman and Varena’s brother, Phil Hegarty died at the scene of the RTC that happened shortly before 11am yesterday morning.

The three people who tragically lost their lives in a two-vehicle collision in County Antrim this morning.

Paul and Varena Creelman and Mrs. Creelman's brother, Phil Hegarty, all from Kilrea, were in the same vehicle.

A number of roads were closed in Portglenone following the two-vehicle collision which happened on the Lisnahunshin Road at around 10.40am this morning.

Police said the male driver of a black Audi was taken to hospital as a precaution.

🎥Local councillor @BatesonSean knew the family who died in a fatal road traffic accident in Portglenone.

The victims have been named as husband & wife, Paul & Varena Creelman, & Phil Hegarty, who was Varena’s brother.

He described them as “lovely, caring people.” pic.twitter.com/d8RbTljrEi

"This is a terrible blow to all those involved in this incident," he said.

"Any death on our roads is one too many and incidents like this are a reminder of the vital importance of road safety.

"My thoughts and sympathies are with the families, friends and loved ones of those who have lost their lives in this tragic incident."

A number of roads remain closed this afternoon following a serious road traffic collision in Portglenone. Motorists are advised to avoid the area. Pics by @McAuleySteven pic.twitter.com/XjppmFMsgj

e A PSNI spokesperson said: "A silver Volkswagen Passat and a black Audi were involved in the collision on Lisnahunshin Road, which was reported at around 10:40am.

"Two men and a woman, who are thought to be in their 50s, sadly lost their lives. All were travelling in the Passat and were pronounced dead at the scene.

"The male driver of the Audi was taken to hospital as a precaution.

Inspector David Anderson added: "I am appealing to anyone who witnessed this collision, or who may have captured dash cam footage, to contact us on 101 quoting reference number 591 27/07/20."