UK Terror threat level and how it effects Northern Ireland 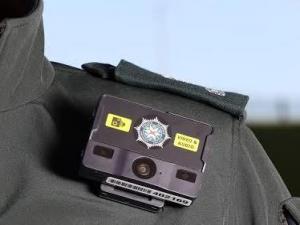 The terrorist threat level in the UK has been raised to critical, according to the Prime Minister.

This means another attack could be imminent.

It means that military personnel could now be deployed to key tourist sites and sporting events to free up armed police units.

22 people were killed when 22-year-old British National, Salman Abedi, detonated a device in the arena on Monday night.

Families of more than a dozen missing people are still touring hospitals in the hope of finding their loved ones.

According to Mi5 the rise in the terrorist threat level refers to international attacks from groups such as the Islamic State, which claimed responsibility for the Manchester attack.

The UK's terror threat level has been raised from 'severe' to 'critical'. PM @theresa_may explains what this means in her latest address pic.twitter.com/BZzGh7OLtc

However, this is rated separately from the threat posed by "Northern Ireland related terrorism".

That's measured on two key levels based on the threat posed by violent dissident republicans opposed to the Peace Process.

The threat level from Dissident groups in Northern Ireland is rated as 'SEVERE', one stage below the Critical rating.

In Scotland, England and Wales the current threat from Northern Ireland-related terrorism is rated as 'SUBSTANTIAL'.

The rise in threat level also applies to Northern Ireland but is separate from the 'severe threat' posed by dissident republicans.

UK police forces will have the choice of deploying military staff on the streets but it's understood that won't extend here.

Since the Northern Ireland related terror threat was first published here in 2010, it's remained at severe.

Dissident republicans have killed, and made attempts to kill members of the security forces on several occasions since the 1998 good Friday agreement, and the subsequent formation of the PSNI in 2001. 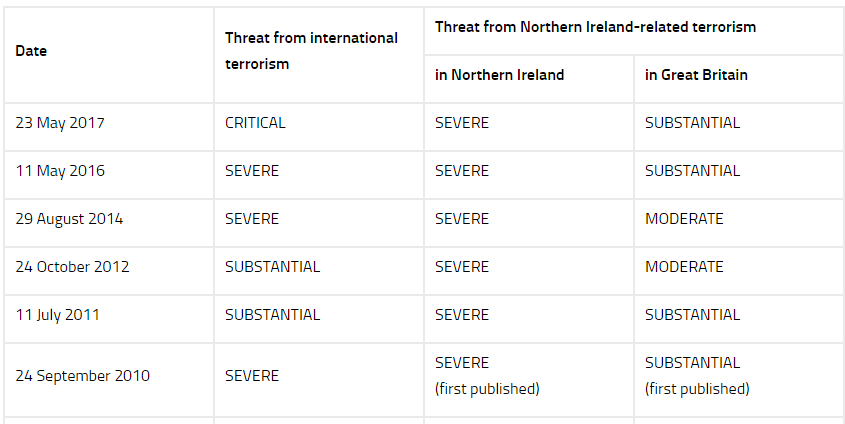