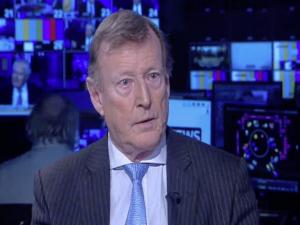 Unionist leaders who negotiated the Good Friday Agreement have written an open letter calling for the suspension of the Northern Ireland Protocol.

The letter has been sent to Prime Minister Boris Johnson, Irish premier Micheal Martin, US President Joe Biden and Maros Sefcovic of the European Commission.

It is signed by, among others, Lord David Trimble, the former Ulster Unionist Party leader who was jointly awarded the Nobel Peace Prize in 1998, alongside John Hume, for their efforts in securing peace in Northern Ireland.

The letter states that unionists involved in negotiating the peace deal secured community support on the basis that the constitutional position of Northern Ireland would not be changed without their consent.

It adds: “The imposition of the Northern Ireland Protocol has breached all of these core guarantees and safeguards of the agreement. 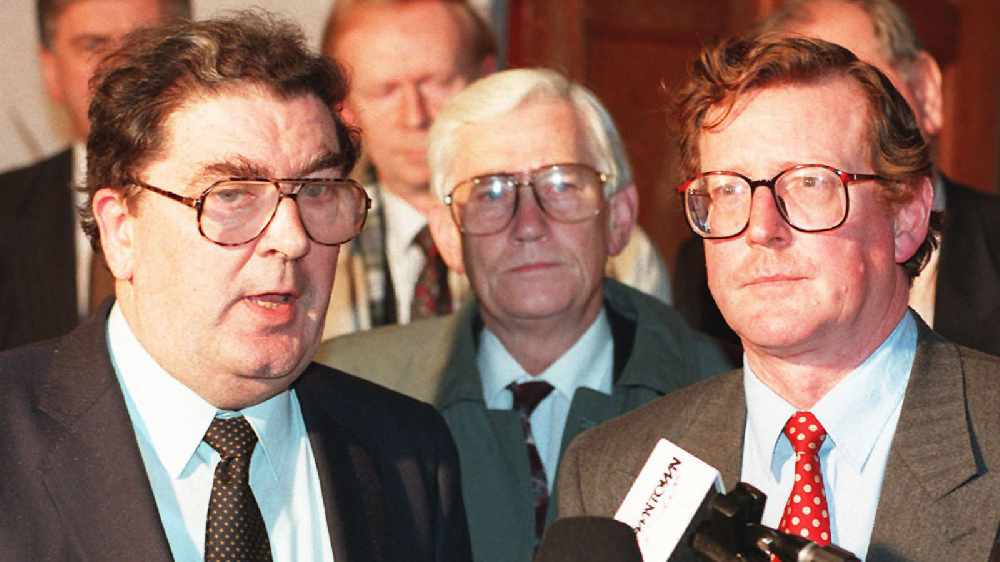 David Trimble with the late John Hume and Seamus Mallon.

The Protocol has been the source of tension in unionist communities for months because it places a border between Northern Ireland and the rest of the United Kingdom, in the Irish sea.

They accuse the leaders who have implemented the Protocol of “exceptional anti-democratic behaviour”.

“A fundamental principle of international law is respect for the territorial integrity of a country,” it states.

“The Protocol completely disrespects the territorial integrity of the United Kingdom.

“Consequently, you are collectively guilty of exceptional anti-democratic behaviour, of breaking a fundamental principle of international law and are imperilling the very peace process you claim to want to protect and preserve.”

The Protocol was negotiated and implemented by Boris Johnson as an alternative to the “backstop” for avoiding a hard border between Northern Ireland and the Republic.

The letter concludes: “We expect you to now suspend the Northern Ireland Protocol forthwith and engage with the representatives of the people of Northern Ireland to agree new arrangements which are consistent with the guarantees and provisions of the Belfast Agreement and which command the support of both communities in Northern Ireland.”

Other signatories include Lord Maginnis, Lord Empey, Lord Kilclooney, Dermot Nesbitt and David Campbell, who were all in the Ulster Unionist Party at the time of 1998 agreement.

It was also signed by Billy Hutchinson of the Progressive Unionist Party and Gary McMichael, former leader of the now defunct Ulster Democratic Party.