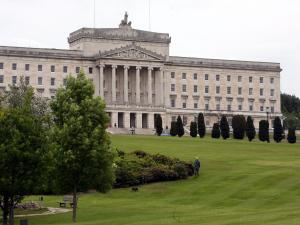 A scheduled vote on the appointment of a new Stormont standards commissioner has not proceeded.

A motion approving the appointment of retired Co Down solicitor Paul Kennedy to the role was due to be put to MLAs during a plenary sitting of the Assembly on Tuesday morning.

Mr Kennedy has been nominated by the Assembly Commission to take on responsibility for investigating alleged breaches of the MLA code of conduct.

When asked to formally table the motion on Tuesday, UUP MLA Robbie Butler, on behalf of the Assembly Commission, said it would not be moved at that time.

No reason was provided and MLAs moved to the next item of business on the agenda.

Stormont has been without an Assembly Commissioner for Standards since September 2017 when Douglas Bain's term in office ended.

A replacement was not appointed amid the long-running powersharing impasse.

Mr Kennedy, a qualified solicitor for 37 years, is an expert on commercial law.

Since retiring from practice, the married father of three has taken on a range of other roles, including membership of the Veterans Advisory and Pensions Committee for Northern Ireland and voluntary work with a local homeless charity.