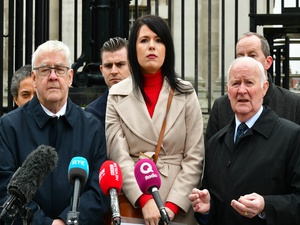 The Supreme Court is set to hear an appeal by the PSNI Chief Constable against a ruling that his force's legacy unit lacks the independence to probe the suspected killing of a woman by the military.

In 2017 a High Court judge found that the family of Mrs Smyth have been let down for decades by the criminal investigation system.

In March the PSNI Chief Constable lost an appeal against a ruling that he had not shown that a legacy unit within his force had the practical independence for a new probe into the killing.

The case is now set to be heard by the Supreme Court.

However, Northern Ireland's Lord Chief Justice Sir Declan Morgan said it was for the Supreme Court to decide whether it wanted to take those cases, pointing out the same principle of the independence ran through all three.

The other two cases are a ruling made in July that the families of the victims of the Glenanne Gang had a legitimate expectation an independent investigation would take place and the dismissing of an appeal by police against a ruling that detectives should revisit a decision to end their inquiry into allegations of torture in custody in 1971 by a group of former internees known as the Hooded Men.

"After nearly five decades of fighting for justice, these men can now expect an independent, human rights-compliant investigation into their torture to finally get under way," she said.

"Justice must be delivered. These men deserve answers.

"Those who sanctioned and carried out their torture must be held accountable, including where possible, prosecutions."

Meanwhile, Francis McGuigan, one of the 'Hooded Men' says he wants an independent investigation to be launched:

In a statement on Wednesday, PSNI Assistant Chief Constable George Clarke said the decision had been taken to appeal over "significant implications for present day policing" in the last Hooded Men judgment.

He said that lodging the appeal "will not affect the steps PSNI is progressing to put in place an independent review into these matters", adding "we hope this will be of some comfort to those who have been affected by this case".