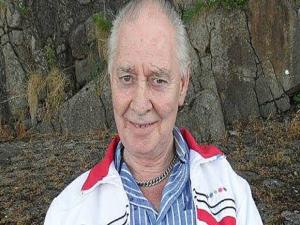 In a dramatic turn this morning, just as she was about to go on trial, mother of two Margaret Henderson-McCarroll admitted the unlawful killing of 67-year-old pensioner Eddie Girvan on January 18 last year.

The 31-year-old heroin addict was to have gone on trial at for murdering Mr Girvan in his Station Road home in Greenisland, but instead pleaded guilty to his manslaughter.

Her defence QC John McCrudden had asked trial judge Mr Justice Treacy for Henderson-McCarroll, on her instructions, to be rearraigned before Belfast Crown Court. With the guidence of her solicitor,

Henderson-McCarroll, her short hair dyed red, and wearing jeans with a blue checked shirt over a white T shirt, pleaded in front of the jury of six women and five men,(yes 11) that she was "not guilty of murder, but guilty to manslaughter on the grounds of deminished responsibility".

Following her guilty plea, Charles MacCreanor QC, for the Crown, said that "the prosecution accept those pleas". Mr Justice Treacy then remanded her back into custody while pre-sentence and other reports are compiled before sentence next month.