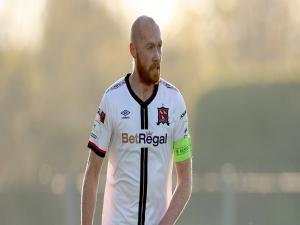 Veteran defender Colin Coates has been transfer-listed by Glenavon.

The club says it's due to restructuring of the playing staff post Covid-19.

He'd been with the Crues for 18 years.

The Bangor-based 30-year-old has been handed a three-year contract.

Derry City stretched their unbeaten run to eight matches on Monday night with a 1-1 draw against Sligo Rovers.

Ronan Boyce claimed a late equaliser for the home side at the Brandywell.

Derry remain sixth in the League of Ireland standings.

In rugby, a local star gets his chance to shine for the Lions this weekend: