Crues departure from Europe, but a new arrival from Derry and Pepper lands at Oval 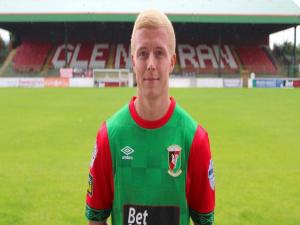 Crusaders have bowed out of the Europa League qualifiers.

They drew 1-1 with Olimpija Ljubljana at Seaview on Thursday night but the Slovenian side go through 6-2 on aggregate.

The Crues unveiled new signing from Derry City Rory Patterson before kick off.

Meanwhile, Glentoran have made their first signings of the summer, just in the nick of time for Saturday's opening Danske Bank Premiership game against Cliftonville.

Lee Chapman moves to the Oval from Carrick Rangers while also on board is former Republic of Ireland youth international midfielder Conor Pepper, who's been with Greenock Morton.