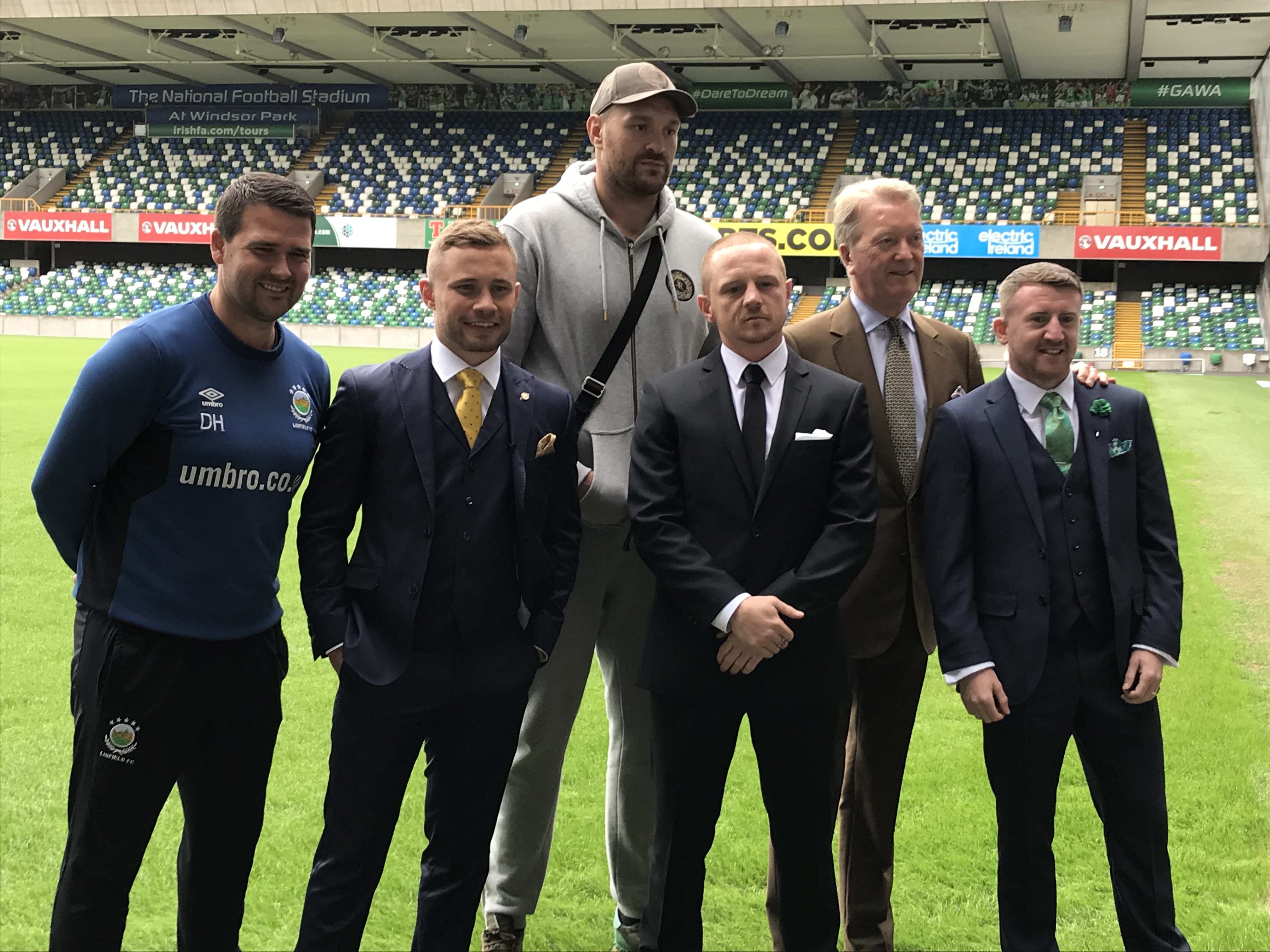 "I've wanted this for a very long time"

It's been described as the biggest ever boxing event to be held in Northern Ireland.

The Tigers Bay fighter has previously indicated he'd like to take on Josh Warrington in a title showdown this year, and is feeling in "the prime" of his life, having never felt happier as a performer, he says.

It's expected his wish would be realised, to have a go at Warrington's IBF featherweight title, if he beats the Australian.

Also keen for a trilogy with Leo Santa Cruz, he says he'd like another go at the Mexican, but that his opponent appears less interested at this stage.

In the early buildup to the Frampton-Jackson fight, there had been questions over whether the local man was fully focused on it.

He's since made clear that should never have been in doubt.

.@RealCFrampton- “I feel I’m in my prime now and you’re going to see bigger performances.” ‘The Jackal’ prepares to take on Australian Luke Jackson in the WBO Interim World Featherweight Championship, at Windsor Park on Saturday night. pic.twitter.com/BMr453PMBb

He's made no secret about how much he wants it.

.@paddyb_ireland- winning the WBC World Flyweight Title in my home city would be the best thing ever. He’s preparing to take on Cristofer Rosales as part of a massive night of boxing at Windsor Park on Saturday, headlined by @RealCFrampton pic.twitter.com/GVr2cwQPNM

Making reference to his opponent's technique, Barnes told Q Radio News he feels theirs could be the fight of the night.

Also in the lineup, is heavyweight sensation Tyson Fury, who'll go up against Francesco Pianeta in a 10-round battle.

The National Stadium, the scene of many great moments in Northern Ireland football, is the venue, with 25,000 boxing fans expected on the night.

Frampton's spoken of having great memories at the ground, watching his heroes go up against world stars like Patrick Vieira or Lilian Thuram of France in his childhood.

It's the Belfast boxer's first bout since April, when he beat Nonito Donaire at the SSE Arena in his hometown.

He said he was in good shape and form back then, but he says now he's in even better nick.

Time and place to watch it

All of the fights on the bill will be shown on BT Sport 1 HD, with a live stream on btsport.com.

Coverage starts at 7:45pm, but the Frampton-Jackson showdown is expected to start at around 10pm.

Q Radio News will keep you updated through the evening on our twitter @qnewsdesk!

.@RealCFrampton weighs in at 126 pounds ahead of tomorrow’s #FramptonJackson bout at Windsor Park! Opponent Luke Jackson comes in at 124 pounds 12 ounces pic.twitter.com/L8b0va0uje