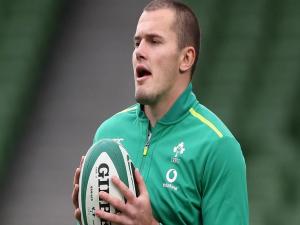 Ulster are back in PRO14 action on Friday evening.

They welcome Ospreys to Kingspan Stadium with Jacob Stockdale returning from injury.

The team was named on Thursday, along with the Ireland line-up for Italy.

Iain Henderson will be the only Ulster starter in Rome:

Rugby teams named for the weekend

Ulster host the Ospreys tomorrow
Stockdale is back

Ireland in Italy on Saturday
Henderson keeps his place

The Northern Ireland Football League says it's been "blindsided" by news the Irish Cup will be played entirely in May.

The IFA announced earlier it wants to stage all five rounds during the month.

NIFL says it's surprised and disappointed as league games were already scheduled.

It's first against second in the Danske Bank Premiership Friday night.

Linfield are three points clear of Larne going into the game at Windsor Park.

The Blues are aiming to bounce back from Tuesday's dramatic defeat against Glentoran.

There are a further five fixtures on Saturday.