Post Malone has been announced as a headliner for Pokemon's virtual concert to mark the franchise's 25th anniversary. 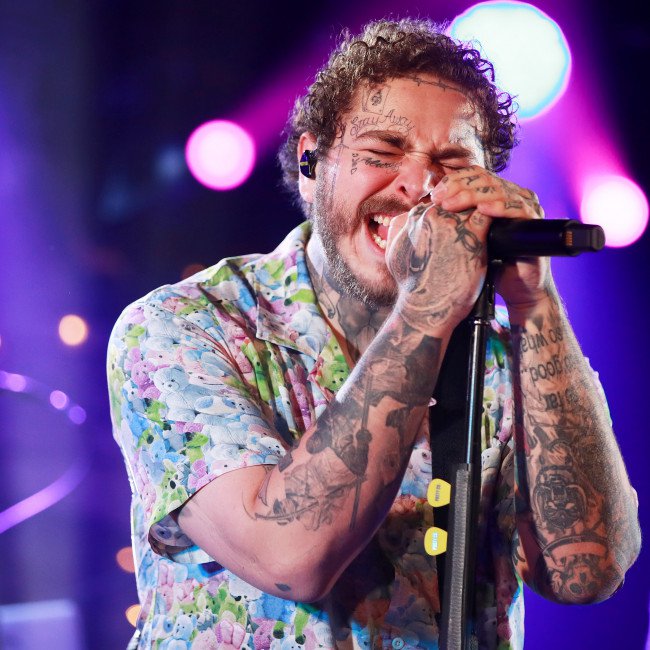 Post Malone is set to headline a virtual Pokemon concert.

The 'Circles' hitmaker will perform as part of the 25th anniversary celebrations for the iconic animated franchise on February 27, which has been dubbed 'Pokemon Day'.

A trailer for the free event shared on the official Pokemon YouTube channel, where the set will be streamed, features a cartoon version of the Grammy-nominated artist.

In a statement, he said: "I’ve been a Pokemon fan for a long time, so the opportunity to headline the Pokemon Day concert celebrating 25 years is awesome."

Malone's involvement comes after it was announced that Katy Perry is teaming up with the franchise on P25 Music, a new venture to mark the milestone.

The 36-year-old pop star - who gave birth to daughter Daisy in August - was even more keen on the "playful" collaboration now she's a mother.

The 'Smile' hitmaker said: "I love being a part of anything that is playful and is good storytelling and has really good messages to share with the world. Now having a child myself, I understand that it's so important to play. This is a continued extension of who I am."

Katy recalled the "amazing" experience she had visiting The Pokemon Cafe in Japan in 2019.

She said: "I was pregnant when I was there actually, little did I know! It was amazing. It brought up all these wonderful childhood memories. I've been going to Japan since I was 17 every year and have always really loved everything that's been created there."

And the 'American Idol' judge hopes the Pokemon project gives her fans something to look forward to this year as things are so "unknown".

She said: "In this moment of unknown, there are dependable places and characters and institutions and people, and I hope I can be one of them. That's what I hope for in my personal self, and even in my involvement with this collab.”