Imelda Staunton has confessed she is "frightened" about playing Queen Elizabeth in 'The Crown' and is just "hoping" that the British monarch won't tune in to watch her performance. 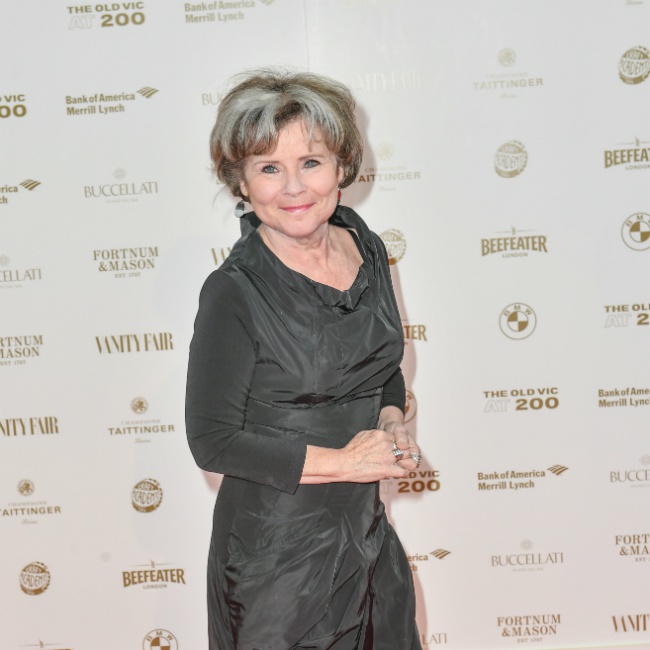 Imelda Staunton is "frightened" about playing Queen Elizabeth in 'The Crown'.

The 65-year-old actress admitted she is really nervous about starring as the British monarch in the hit Netflix series and is just "hoping" that the Queen won't tune in to watch her performance.

She said: "When Claire Foy was in the first series, to all of us that felt like history. Then following on from that with Olivia Colman, again it seems like history. Now we start in 1991 playing someone much more recent. That’s the extra challenge I have, people saying, 'Oh, I don’t think she’s like that at all'. I'm hoping she won’t be watching. I’m hoping she’ll probably say, 'Do you know? I think I know myself now, I don’t need to watch anyone else who thinks they know me.'"

And Imelda insists preparation has to be "everything" for the role and she can't put her own "spin" on it.

She told The Sun newspaper's Bizarre TV column: "It’s not like a part I can put a spin on. My preparation has to be everything. It has to be watching her, reading about the past. I have to sit in my room getting frightened thinking, 'I can’t do it, I can’t do it' and then say to yourself, 'Yes you can' and get on with it."

Imelda is replacing Olivia Colman as the Queen for the final two seasons of 'The Crown' but the acclaimed actress has insisted she "wouldn’t dare offer" any advice to Imelda.

She said recently: "I haven’t spoken to Imelda and I wouldn’t dare offer any advice about playing the Queen. Imelda is extraordinary and she’s going to do it all much better than me. I can’t wait to watch what she does."