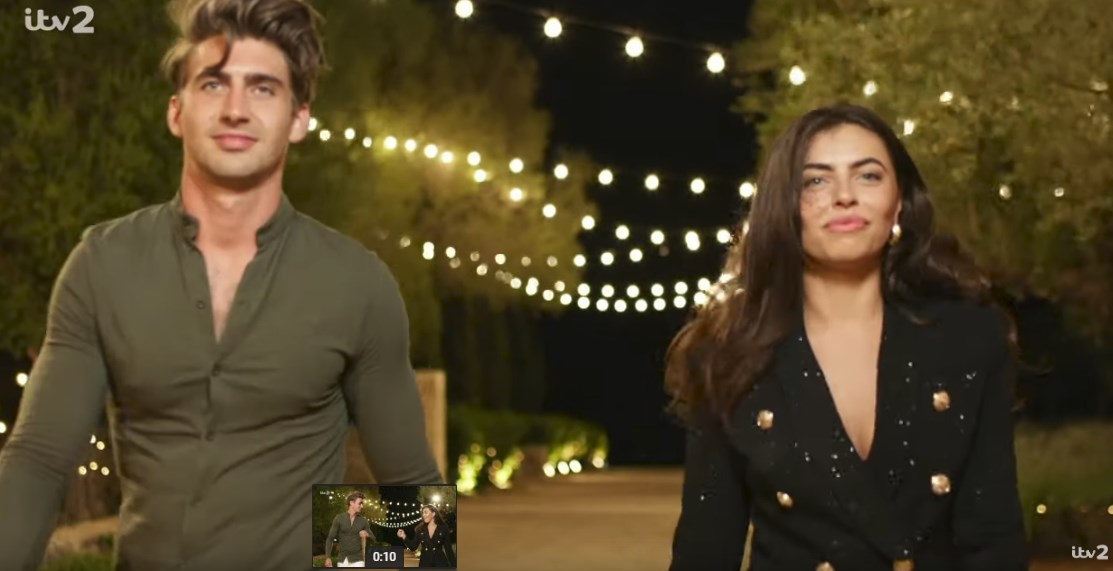 ITV have released a short teaser of their entrance into the Love Island villa - watch it below.

Francesca Allen, 23, and Chris Taylor, 28, are the latest bombshells joining the ITV2 dating show, and the clothing store manager has set her sights on winning the affections of Anton Danyluk from Belle Hassan, and she is also a big fan of newly-single Curtis Pritchard.

Asked who she has her eye on, she said: "I do think it’s mainly Anton - I’ve liked him from the beginning. He seems like a really nice person.

"He seems like my kind of humour. He doesn’t take himself too seriously. He is good looking. I think we compliment each other well.

"Curtis is the other one. Love his snake hips."

Business development manager Chris is excited to get to know Maura Higgins, but admits the pair might end up "clashing" rather than developing feelings for each other.

He said: "Maura, she is very interesting. She’s an absolute fireball and I’ve got that same side to me as well. She has loads of banter and seems very easy to get on with.

"It will be interesting to see if we clash or not."

What's more, Chris and Francesca claim they saw through Curtis and Amy Hart's relationship, which recently came to an end when the ballroom dancer ditched the air stewardess after having his head turned while the girls were in second villa Casa Amor.

Chris said: "I think Curtis was trying to convince himself he liked Amy and then had a catalyst moment when he realised that he wasn’t that into her."

Francesca added: "From the beginning I didn’t buy Amy and Curtis. They were a bit awkward. It was a funny relationship. I wasn’t surprised when they broke up."