Celebrating 30 years of Southside … playing their debut album in its entirety, plus the hits 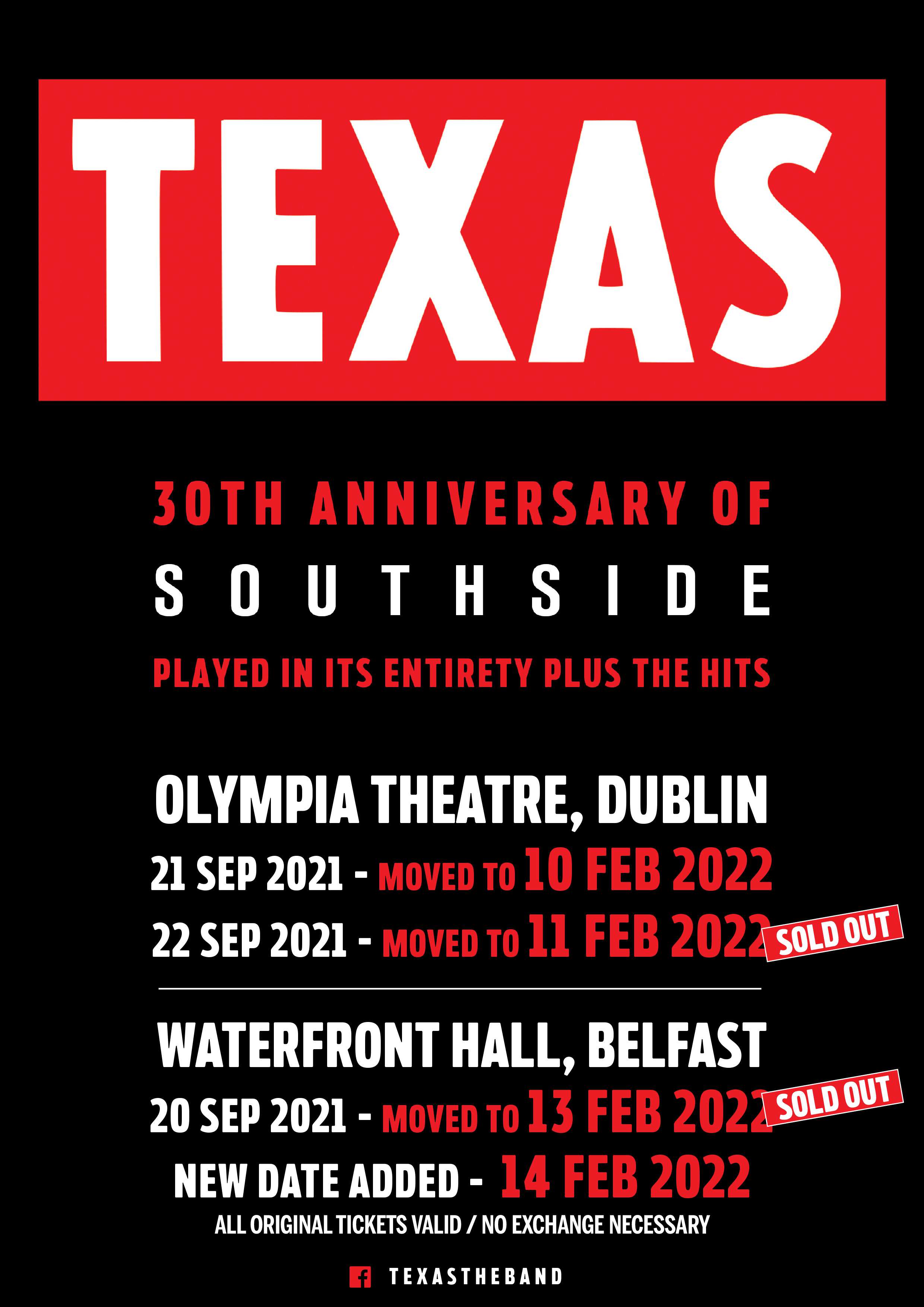 Due to phenomenal demand Scottish pop rock sensation, Texas are pleased to announce a second headline Belfast show at the Waterfront Hall on Monday 14th February 2022 with special guests. The original SOLD OUT show date has also now been rescheduled. (All tickets remain valid)

For over 30 years, Texas have proved themselves to be one of Scotland’s best ever bands and nothing short of a national treasure south of the border. The band recently released their single ‘Hi’ the first to be taken from their brand-new album.

In December 2019 Texas played a sold out Glasgow show at SWG3, their fastest selling show ever. To celebrate the 30th anniversary of their acclaimed 1989 debut album ‘Southside’, the band played the entire album. After the overwhelming success of that show, Texas have decided to do the same on their forthcoming tour, coupled with a set list compiled of songs both old and new.

Formed in 1986 by the undeniably brilliant Sharleen Spiteri and her partner in crime, Johnny McElhone, they have made consistently great music throughout their stellar career having sold over 40 million records, had 13 top ten UK singles, 3 #1 UK albums and 8 top ten UK albums including their latest ‘Jump On Board’.