If You've Ever Loved Me (How Will I Know)

Crowded House have announced the release of their long-awaited follow-up to 2010's 'Intriguer'. 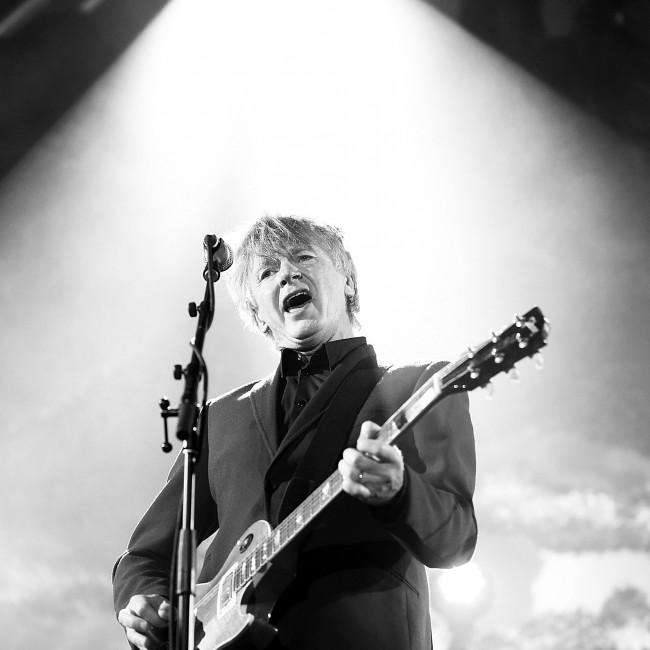 The 12-track record will also feature their 2020 track 'Whatever You Want'.

Crowded House will release their first album in a decade, 'Dreamers Are Waiting', on June 4.

The 'Weather with You' hitmakers - comprising founding members Neil Finn and Nick Seymour, plus Mitchell Froom and Neil's sons Liam Finn and Elroy Finn - have announced the rock band's first studio album since 2010's 'Intriguer' and released the new single, ‘To The Island’.

The 12-track record will also feature their 2020 track 'Whatever You Want'.

The LP took shape before the COVID-19 lockdown and was completed remotely.

Frontman Neil said: “We were fortunate to be recording in the studio right before lockdown and so began this album with band tracks recorded live in a room, all brimming with character and energy."

The 'Don't Dream It's Over' band are set to embark on a tour of New Zealand this March, and they have plans to tour the album across the globe "soon".

To The Island – the new single from Crowded House – out 18th February. Pre-Save it here: https://t.co/tL2X8QEiwQ pic.twitter.com/IfZW8OL8Yi

Neil continued: “We then spent our strangest year, 2020, at distance from each other but connecting daily, swapping files and making those tracks complete. We’re so excited and grateful to be back in one room together now, rehearsing, first to play live in front of audiences in NZ and soon we hope for the rest of the world.”

While the 62-year-old musician - who is also a touring member of Fleetwood Mac - wanted to create a record that is different to the band’s previous albums, he still wanted to ensure they stayed true to their signature sound.

He added: "I’ve always been afraid of just repeating the same formulas, and somehow this feels like a fresh and authentic way to re-approach Crowded House today with an awareness of all our history and where, how and why it began in the first place."

The track-listing for 'Dreamers Are Waiting'' is: