The Foo Fighters frontman was a guest on 'Jimmy Kimmel Live' and surprised TJ Riley, a New York trauma nurse from Jacobi Medical Center in the Bronx, who suffered symptoms of the coronavirus, by performing an acoustic version of the rock band's 1997 hit on video call to him. 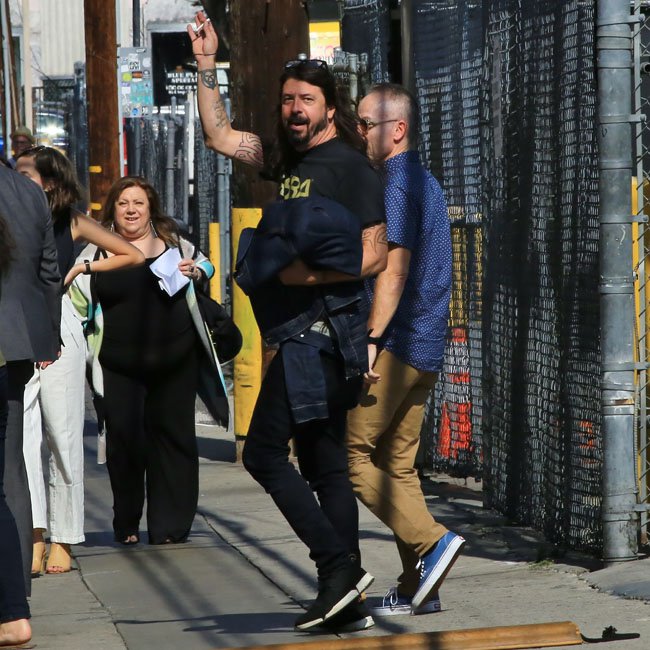 TJ and the nurses at the hospital were also given $10,000 from The Life Is Good Organisation to spend as part of Jimmy's #HealthCareHero series.

The rock star then asked him: "How are you?", to which he replied: "I'm going a little bit out of my mind right now, I feel like I am having a coronavirus dream, this is crazy!"

Dave then pulled out his guitar and teased: "I just so happen to have a guitar on my lap, maybe I'll play a song."

The surprise for TJ comes after Dave and his bandmate Taylor Hawkins teamed up with a host of stars on a charity cover of the band's song 'Times Like These', which also features the likes of Dua Lipa, Biffy Clyro, Chris Martin and Rita Ora.

The track was released to raise funds for the BBC's charities Children in Need and Comic Relief in the UK and those impacted by Covid-19 as part of BBC Radio 1's 'Stay Home Live Lounge' segment.

Meanwhile, the 51-year-old musician recently unveiled his own self-isolation playlist, which includes The Beatles' 'Here Comes The Sun', 'Our House' by Madness and 'School's Out' by Alice Cooper.

"It is important to recognise the many stages of isolation and anxiety, and to pair them with appropriate musical accompaniment."