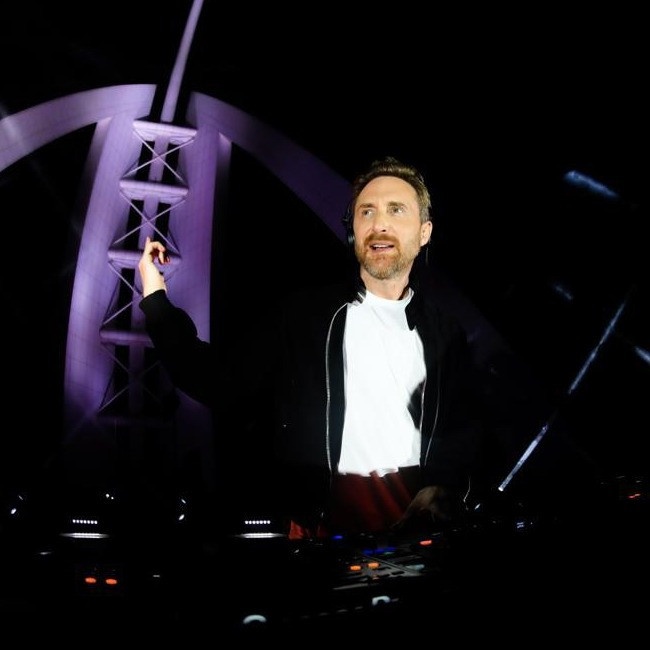 David Guetta is bringing his 'United At Home' series to Dubai.

The superstar DJ and Dubai resident, 53, will play a live-streamed set from the iconic Burj Al Arab Jumeirah’s helipad on February 6, and is encouraging fans to tune in and help raise vital funds for UNICEF and Dubai Cares’ ‘Education Uninterrupted’ campaign.

The 'Titanium' hitmaker has previously performed 'United At Home' sets from Miami, New York and Paris, and has so far raised a whopping £1.1 million for charity.

Guetta said in a press release: "After Miami, New York and the Louvre in Paris, I am very proud to announce that we’re heading to the top of the iconic Burj Al Arab Jumeirah for another 'United At Home' show, this time in a city that is dear to my heart: Dubai. So far, we raised more than £1.1 million and counting, thanks to everyone across the globe who took part in this. In these difficult times, we hope to bring comfort, joy, and support through the power of music and emotions. We have supported many charities and helped make a real difference in people’s lives during the pandemic. We continue in this direction today, benefiting UNICEF and Dubai Cares.”

After Miami, NYC and Paris, I am very proud to announce that we’re heading to the top of the iconic @burjalarab Jumeirah for another #UnitedatHome show this time in a city that is dear to my heart 🤎 DUBAI @visitdubai
SEE YOU ON FEBRUARY 6TH pic.twitter.com/Z56xhApeSo

Issam Kazim, Chief Executive Officer of Dubai Corporation for Tourism and Commerce Marketing (Dubai Tourism), commented: "Dubai Tourism is proud to support the ongoing efforts of award-winning international artist David Guetta and stand together in solidarity with people all over the world. We are also appreciative of the support and efforts being made by UNICEF, Dubai Cares and Jumeirah Group to leverage the strengths of the city for a worthy cause, especially during these challenging times. As an initiative that was launched to spread positivity across communities and cultures and bring nationalities even closer, this innovative and uplifting online performance by David Guetta atop the iconic landmark of Burj Al Arab Jumeirah is symbolic of the strong sense of vibrancy and optimism prevailing across the city. We encourage fans from around the world to view David Guetta’s show online and enjoy a spectacular music performance from the safety and comfort of their homes.”

Fans can watch the live-stream for free via Guetta's YouTube channel from 2pm UK time on February 6.

To donate to the causes head to davidguetta.com/donate.