Haim's Taylor Swift-featuring remix of 'Gasoline' is finally out on the expanded edition of the trio's acclaimed album, 'Women In Music Pt. III' 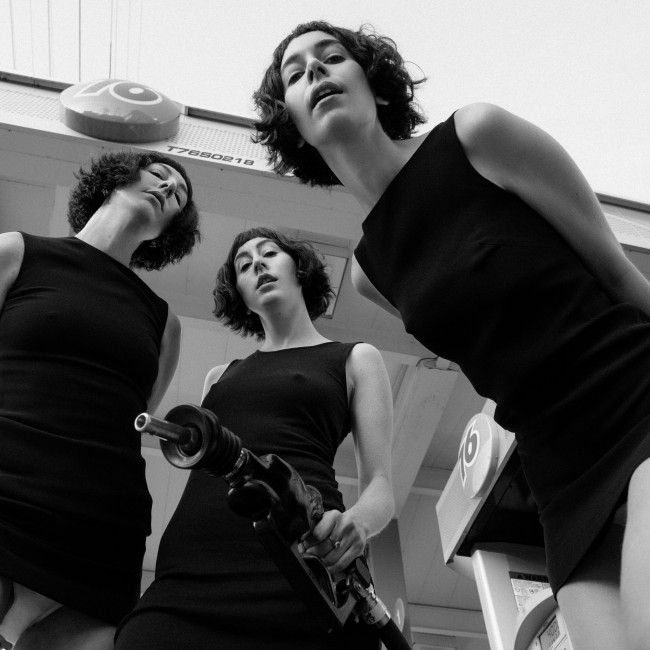 The expanded album also features Los Angeles musician Thundercat on a new cut of '3 AM'.

After the 'Want You Back' group teased fans about Taylor Swift's appearance on their new version of 'Gasoline', Haim have the extended LP with their remix featuring their close pal, who had told the the track was her favourite on the 2020 record.

The expanded album also features Los Angeles musician Thundercat on a new cut of '3 AM'.

On how Taylor and Thundercat came to feature on the tracks, Haim - comprising sisters Danielle, Este and Alana Haim - explained on Instagram: "gasoline (feat. taylor swift) + 3 am (feat. thundercat) out now!! since we released wimpiii in june, taylor had always told us that gasoline was her favorite. so when we were thinking about ways to reimagine some of the tracks from the record, we immediately thought of her. she brought such amazing ideas and new imagery to the song and truly gave it a new life. thank you @taylorswift for adding your incredible voice and spirit to a track that means so much to us. we’ve known thundercat since 2013, and since then we’ve always talked about collaborating on something. so this past december, we were in the studio working on a cover and at the end of the session este mentioned that we’d always imagined 3 am as a duet. minutes later thundercat hopped on the song and put his magical twist on it. thank you @thundercatmusic for always keeping us laughing and sending us the best memes. we are ready for dragonball durag pt. 2 and a special thanks to @matsor and @arielrechtshaid for putting their heart and soul into wimpiii. (sic)"

Eagle-eyed Swifties had spotted the collaboration was registered with ASCAP (American Society of Composers, Authors and Publishers), and the trio also shared a snippet of the new version featuring some backing vocals by the 'cardigan' hitmaker on TikTok.

The siblings posted a clip of them driving in a car with the song blasting on the stereo and captioned it: "Uh oh."

Haim had already posted a black and white snap of them standing in front of petrol pump number 13 at a gasoline station wearing matching wigs, and the 'Shake It Off' hitmaker previously revealed it's her favourite number.

Haim recently teamed up with the 31-year-old Grammy-winner on the track 'No Body, No Crime' on her album 'evermore'.

The ‘Women In Music Pt. III’ expanded version track-listing is:

12 'All That Ever Mattered'