Imelda May has joined forces with Noel Gallagher and Ronnie Wood on her new song called 'Just One Kiss'. 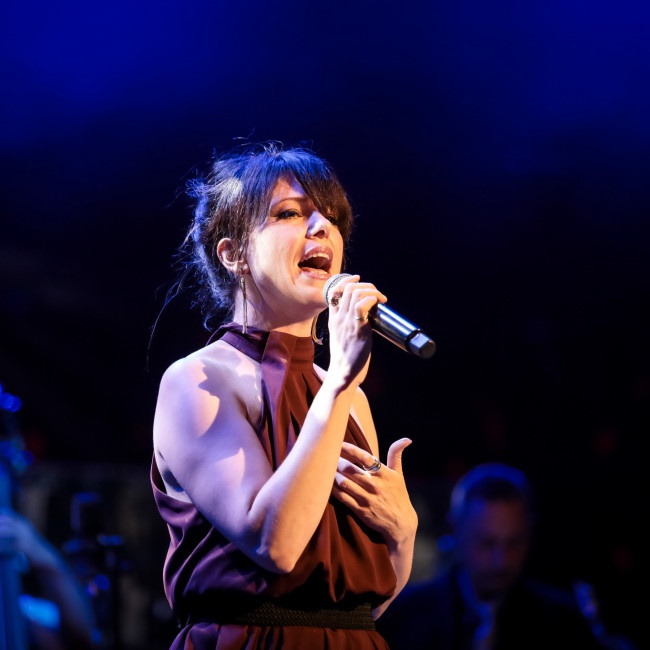 Imelda May is set to release a collaboration with Ronnie Wood and Noel Gallagher.

The Irish singer/songwriter has joined forces with her longtime pal, Rolling Stone Ronnie, and the former Oasis rocker on the track 'Just One Kiss', which features on her upcoming studio album, '11 Past The Hour', and is released later today (27.01.21).

Imelda confirmed the new song on her social media pages by sharing some of the lyrics.

She wrote: "That moment you know it can go either way

The split second decision you know might change everything

with Just One Kiss.

Who better to join me on this than @ronniewood & @NoelGallagher ! Join @jowhiley for the premiere on @BBCRadio2 tomorrow after 7:30pm x (sic)"

Imelda sang on stage with Ronnie, 73, when she was just 16 at a club in Dublin, Ireland.

The musician is quoted by The Sun newspaper's Bizarre column as saying: “He’s just joyous to be around. It’s infectious. He’s fast, really on the ball, and he knows intuitively when something is working.”

On how Noel, 53, came to sing on the song, an insider told the tabloid: “Imelda and Noel have spoken about doing something properly for years and were just having a chat over text a while ago when this song idea came about.

“It was just a casual conversation but it soon evolved into this track, which they both love and it made complete sense for Noel to sing on it with her."

The upcoming record follows the release of Imelda's first poetry record, 'Slip Of The Tongue'.

The collection was released last May and followed her 2017 album, 'Life Love Flesh Blood', which U2's Bono helped her with.