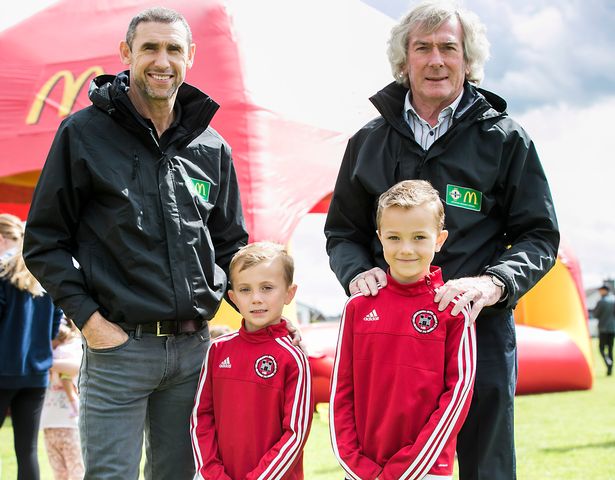 IFA and McDonald’s ambassadors, Pat Jennings and Martin Keown are calling for people involved in Grassroots football to nominate the unsung heroes of the game across Northern Ireland with the deadline for the 2018 Grassroots Football Awards looming.

The IFA and McDonald’s 2018 Grassroots Awards nominations officially close on Monday the 20th of August.

The awards which were launched via a whistle-stop tour of six grassroots clubs across Northern Ireland provide an opportunity to honour the unsung heroes of community football in six different categories.

The IFA and McDonald’s brought Ambassadors including Pat Jennings and Martin Keown went on the road to promote nominations and to celebrate the impact they have within their local communities.

"Every year, I’m humbled by the unstinting dedication, passion and enthusiasm of our grassroots volunteers and I can’t think of a better way to celebrate their achievements. Everyone involved in grassroots football is eligible to be nominated, from coaches to club secretaries, so make sure you nominate a local hero. With nominations closing on Monday the 20th of August, I urge anyone involved in Grassroots football to get involved and nominate a worthy person who works hard at your local club.”