Up Where We Belong

Winter Is Here…the highly-anticipated GAME OF THRONES TM: The Touring Exhibition, including two-never-seen before sets,has arrived at TEC Belfast for its debut visit to the UK and Ireland.

To celebrate, GAME OF THRONES® actors, Isaac Hempstead Wright, Ian Beattie and Liam Cunningham, alongside award-winning costume designer Michele Clapton, were the first to experience the dramatic exhibition, which features costumes, authentic props and majestic settings from all seven seasons, as well as the Winterfell Crypt and Dragon Skull Pit, which have been exclusively added for Northern Ireland. 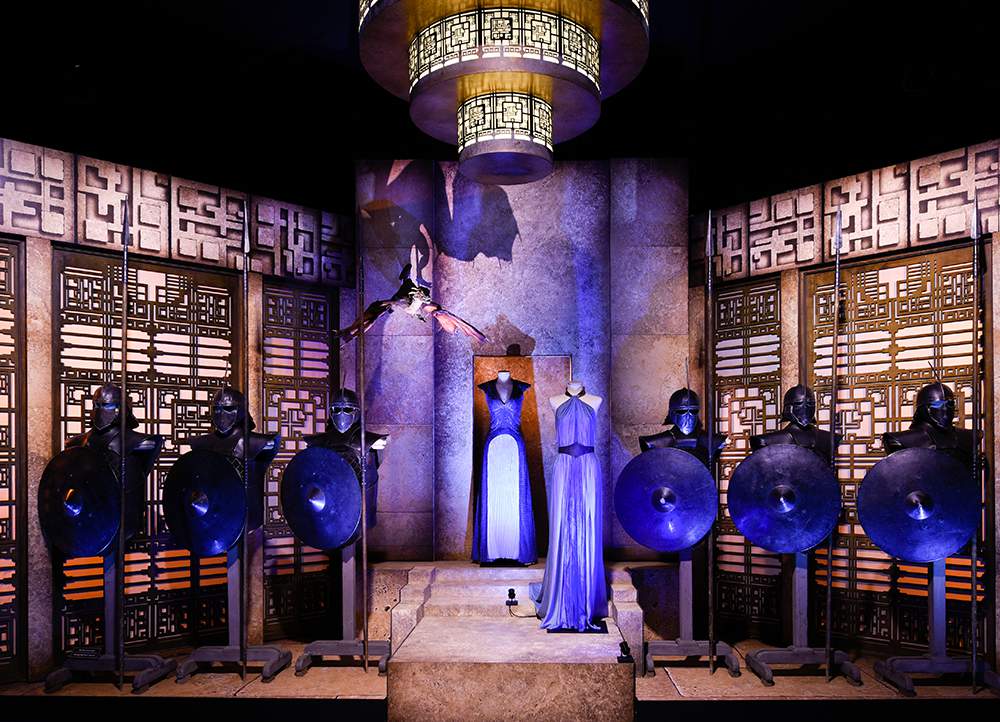 Designed specially by GES Events in collaboration with HBO® Licensing and Retail, the must-see exhibition is the largest public display to date and offers fans an interactive and immersive GAME OF THRONES® experience like no other.

From 11th April through to 1st September 2019,  fans can have an up-close and personal look at the ancient dragon skulls, ranging in size from about that of an apple to the one belonging to Balerion the Dread, which decorated the throne room in the Red Keep until King Robert Baratheon had them hidden away in the catacombs.

Bend the knee and book tickets for this not-to-be-missed blockbuster at www.gameofthronesexhibition.co.uk​​​​​​​

Visitors can also see publicly for the first time the vast and sacred crypt of Winterfell, guarded by stone direwolves, to pay their respects to six of the Stark ancestors as well as explore the settings and view authentic artefacts from: